FAIRPHONE 4 :THE NEXT GENERATION OF SMARTPHONES 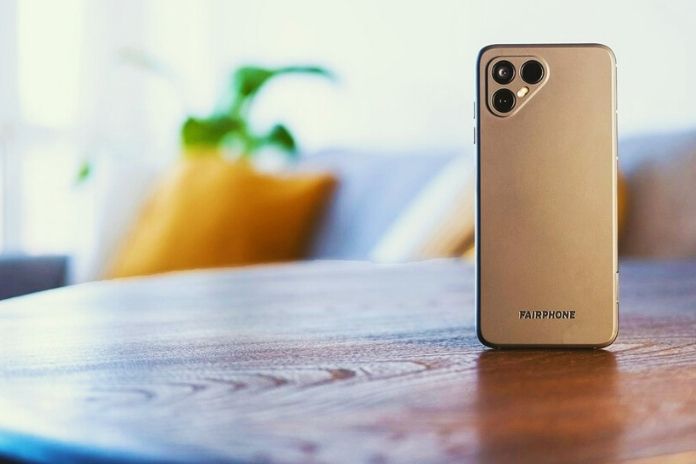 Fairphone 4- The topic of sustainability is omnipresent. Driven by the “Fridays for Future” school strikes and the realization, that the earth’s resources are finite, society is becoming increasingly aware of environmental and climate protection. This is also confirmed by a recent survey by KPMG, which, in collaboration with the IHF Cologne, found that 81 per cent of those surveyed pay attention to sustainable products when shopping. Even if the smartphone market is associated more with fast pace than sustainability, there are alternatives here. If you are interested in a sustainable cell phone, there are used devices and the so-called fair phones. The remarkable thing about the Fairphone is the interchangeable individual components. So you no longer need to throw away your beloved smartphone if the cell phone battery or the display is broken. The Fairphone 3 is now followed by the latest model, the 5G Fairphone 4, which we will introduce to you in the following article.

The Dutch company “Fairphone” is the pioneer and, at the same time, one of the market leaders in sustainable smartphones and green electronics. The independent company was founded back in 2013 – with the central goal of producing sustainable cell phones from recyclable materials under fair working conditions. “Fairphone ” is committed to adhering to ethical values ​​such as fairness and transparency. The Amsterdam-based manufacturer also designs the devices to be 100 percent sustainable:

So if you decide to buy a Fairphone when buying a cell phone, you are actively helping reduce the global carbon footprint.

It is noticeable at first glance that the Fairphone 4 has been given a new coat of paint. Compared to the Fairphone 3, which looks old-fashioned due to the thick bars on the display edges, the sustainable smartphone has been modern. In terms of design, it could also be a Galaxy phone from Samsung, at least that applies to the front. The back design is more reminiscent of the iPhone 11 due to the large lenses of the primary camera and the rounded corners. In addition, the new Fairphone is not a 5-inch cell phone but offers a 6.3-inch display with Pixelworks technology, which shows the image content in Full HD + with a resolution of 1,080 x 2,340 pixels. The housing consists of 100 percent recycled plastic and is therefore environmentally friendly and very robust. The sustainable cell phone is available in green and grey.

If you take a closer look at the datasheet, you can quickly see that the Fairphone 4 belongs to the smartphone middle class.

As a mobile phone processor, the Snapdragon 750 from Qualcomm ensures fast performance. This chip was also built into the new Samsung Galaxy A52 5G. The Fairphone 4 runs either with 6 GB of RAM or 8 GB of RAM and 128 GB or 256 GB of internal memory. Of course, the environmentally-conscious manufacturer has not done without the 5G modem either. After all, the service life of a smartphone can be significantly increased with the latest mobile communications standard. Fairphone relies on the operating system from Google – the Fairphone 4 is delivered with Android 11, an update to Android 12 follows as soon as it has been rolled out. It is also convenient that the device is both dual-SIM and eSIM-capable. This makes it possible to use the smartphone for private and business purposes with two different phone numbers. The battery capacity of 3,905 mAh is more in the average range, but the phone should last for a day. As it should be for a Fairphone, you can replace the cell phone battery yourself thanks to the modular structure and with little prior knowledge.

The smartphone camera has also been upgraded compared to the previous Fairphone. Fairphone is increasing the number of cell phone lenses from one sensor to two sensors. The dual camera consists of the primary camera and an ultra-wide-angle lens with 48 MP each. In this way, high-quality panoramic images are also possible. A ToF (Time of Flight) sensor also enriches the two lenses with additional information. For example, the famous bokeh effect can be optimized in this way. Further highlights are the fast autofocus and the highly developed image stabilization. The front camera delivers pin-sharp selfies with 25 MP.

Unique Feature: Modular Construction – So You Can Use The Fairphone As Long As Possible

The Fairphones consist of different modules that you can exchange without assistance. So you can quickly repair the sustainable smartphone yourself. All you need is a small screwdriver, which is included in the scope of delivery. In addition to the cell phone battery, it is also possible to change the display, microphone and camera. Fairphone will provide spare parts directly through the online shop for several years. With the help of the instructions on the manufacturer’s YouTube channel, the modular cell phone should be ready for use again quickly. This increases the lifespan of smartphones significantly and avoids unnecessary electronic waste. In addition, Fairphone also offers software updates and long-term support for mobile phones. A 5-year guarantee is included, which you can activate at fairphone.com/warranty after purchasing your mobile phone.

The Fairphone 4 is impressive thanks to the numerous upgrades: Finally, the design is contemporary, and the technical equipment is comparable to the mid-range phones from Samsung, HUAWEI and Xiaomi. It is not only the display and the cell phone chip with the built-in 5G modem convincing. The updated camera system also delivers a good performance. You can look forward to a cell phone with a good camera, and at the same time, the Fairphone 4 can also be used as a gaming cell phone due to the increased RAMusable. And last but not least, the large display also invites you to stream series and films. Environmentally conscious smartphone buyers to whom sustainability and fair trade are essential can access it without a guilty conscience. Yourdon offers the Fairphone 4 in combination with an LTE contract.

ALSO READ: iPhone 13: Apple Is Sending A New Range Of Smartphones Into The Race