HomeGADGETSiPhone 11: What Was In That Apple Smartphone?
GADGETS

iPhone 11: What Was In That Apple Smartphone? 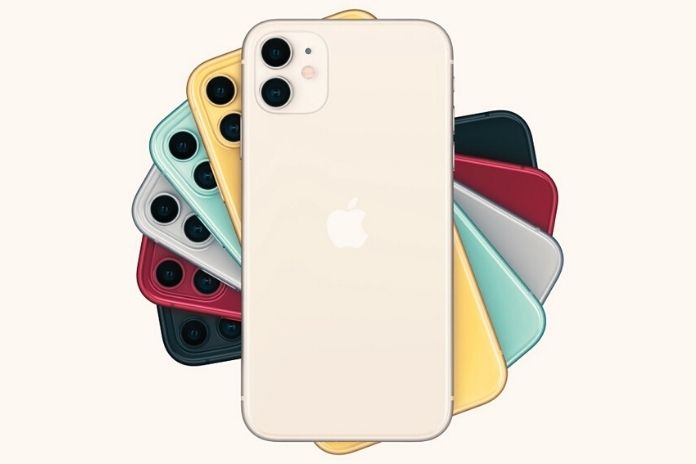 In September, Apple will present the new iPhone generation: the iPhone 11 and probably two top models with the “Pro” suffix. In addition, the rumours and official news on the Internet are overturning. We want to give you an overview.

Every autumn in September, Apple presents the new iPhone generation to its customers. The price has almost always increased, with only a few exceptions being made by the Cupertino-based company, such as the iPhone SE from 2016 and, most recently, the iPhone XR from 2018.

Next month it’s that time again, and Apple will probably unveil its new flagship models on September 10th: the iPhone 11 generation. The date has not been officially confirmed, but there are some indications in the beta version of the upcoming operating system iOS 13, which developers already have is available.

It is also likely that the company has turned the price screw for the 911 series up a little again. The new iPhones have improved technology, including a new triple camera. Because you can quickly lose track of all the hot rumours, speculations, and official information, we want to go for an all-around blow.

First, Apple will introduce three new iPhones, a basic device, and two more expensive models. The US news agency Bloomberg reports that the current iPhone XR will be renamed the “iPhone 11,” and the two top models could come onto the market as “iPhone 11 Pro” and “iPhone 11 Pro Plus”.

The iPhone 11 should be equipped with a 6.1-inch LC display. The Pro models have 5.8- or 6.5-inch OLED screens. Visually, the new devices should be similar to their predecessors. However, the housing should be more stable and waterproof and formed from a piece of glass on the back. A new triple camera will also be integrated, but it protrudes about one millimeter from the housing.

The current iPhone models still have a 12-megapixel dual camera with a telephoto lens. The new Pro models will also have an ultra-wide-angle lens – the highlight of the new generation. We should then shoot larger and more detailed photos with it. It is said that Apple has also worked on an automatic correction function, for example, to reinsert people into a photo that was accidentally cut out.

It remains to be seen which functions the camera will have. The three cameras with medium focal length, telephoto lens, and ultra-wide angle should be triggered simultaneously so that high-quality photos can be taken from the image information collected. This should positively affect the image quality in poor light conditions and darkness.

The 9to5 Mac site also reports that a smart frame feature will capture the area around the framed zone in photos and videos. We can probably adjust the frame and automatically make subsequent perspective and editing corrections.

According to Bloomberg, the Pro models will also be accompanied by improved video functions. It is said that these even reach the level of professional video cameras. Apple has also been working on a feature that will allow us to apply retouching and effects during a recording to change colours, reframe images and crop different formats.

We can also look forward to an improved front camera with twelve megapixels and support slow-motion recording at 120 frames per second.

iPhone 11 With Triple Camera In A Square Design

Visually, the new triple camera is also the most important: the lenses will be arranged in a square on the back.

Otherwise, the new models should not differ much from their predecessors. The YouTuber Kilian also presents dummies on his channel Iknowreview, confirming this assumption.

Let’s get to the technology: The new iPhones will, of course, run with the new iOS 13 software. In addition, they should come with an A13 chip, which should be even faster and more powerful, but at the same time more energy-efficient.

Further information is not yet known. However, the A13 chip, like the still current A12 chip, is likely to be based on a seven-nanometer architecture – produced by the contractual partner TSMC.

Bloomberg writes that the devices will also be about half a millimetre thicker. That would mean more space for larger batteries and, accordingly, more runtime. The memory should remain between 64 and 512 gigabytes in size. But it would also be possible for Apple to start with 128 gigabytes.

The 3D facial recognition Face ID should also be improved because the iPhone 11 should be unlocked from other angles – for example, when the smartphone is lying on the table. In addition, we can continue to charge the iPhone 11 wirelessly, and not only that: other Apple devices such as the Apple Watch or the Airpods should also be able to be charged via the device. All we have to do is put them on the back of the iPhone.

In addition, the 3D touch technology should be history with the new generation. Instead, Apple is probably relying on a new version of Haptic Touch. The company, therefore, wants to standardise the gestures for smartphones and iPads. We no longer have to press hard for the function but long-press it.

We are still groping in the dark when it comes to the charging port: Of course, there is speculation whether Apple will now also switch to a USB-C port for the iPhone. However, 9to5Mac writes that the iPhone 11 will still come with a Lightning port.

The phone is also unlikely to support the new 5G radio standard. That wouldn’t make much sense either, as the mobile phone providers in this country have only just begun to expand their networks. It will probably be a few years before this is available across the board.

According to rumours, the iPhone Pro devices in Asia could also get a slot for a second SIM card. Many customers are business people and have two contracts or two different telephone numbers. This function will continue to be implemented via a virtual E-SIM card.

In addition, the iPhone 11 should support the electronic Apple Pencil, as we know it from the iPad.

ALSO READ: Cybersecurity: It’s Not (Only) About Software