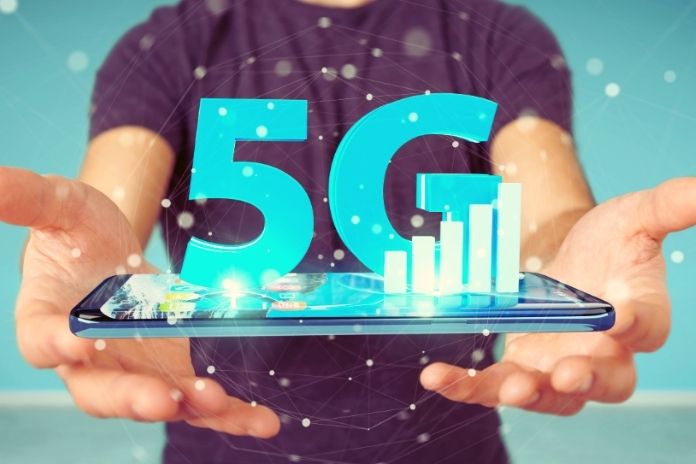 5G Mobile- The classic thick-film technology for the production of conductor tracks is reaching its limits more and more, because companies need a higher resolution. New thick film pastes and photolithographic processes are pushing the limits downwards.

Fifth-generation mobile communications (5G) should transmit data with almost no delay, for example, for Industry 4.0 or, in the future, for vehicles with a high level of autonomy. The new standard, which is already in use in Switzerland and several American cities, is associated with challenges. Manufacturers have to work with significantly finer structures in their electronics than before.

Established processes such as thick-film hybrid technology reach their limits here. Plates made of an aluminum oxide ceramic substrate or ceramic foils are used as the carrier material. The conductor tracks are applied using the screen printing process. This allows structures to be produced with a resolution of around 50 micrometers, but not less. For 5G, however, you would need 20 micrometers or less. Scientists at the Fraunhofer Institute for Ceramic Technologies and Systems IKTS in Dresden and the British company MOZAIK have significantly developed a printing technology to lower the resolution in the familiar industrial environment.

The established screen printing process is used: thick-film paste is pressed through screen openings. The fabric is made impermeable in places that should not later have a layer. The object is then dried and sintered. Due to the spacing of the wires in the sieve, the method reaches its known limits at a resolution of 50 micrometers.

This is exactly where the so-called photo imaging technology (PI) comes in in the form of two new steps in the process. “After the thick-film structures have dried on the substrate, we position a photomask with the desired final structure over the substrate.” researches at Fraunhofer IKTS. then exposes the workpiece to UV radiation. “Where the photomask has structural openings, the UV light penetrates the layer and hardens the polymer it contains.” Conversely, this means that the polymers do not crosslink where the mask covers the active layer so that no UV radiation can penetrate.

This is followed by step two: the component is treated with a wet chemical process. In doing so, the exact areas with non-crosslinked polymer dissolve, the rest remains unchanged. The original 50 micrometer wide structures are reduced to 20 micrometers in two new steps. Reinhardt: “Both processes only take 15 to 30 seconds each and can therefore be easily integrated into production.”

Thick Film Pastes: It’s All In The Mix

The Fraunhofer researchers had to develop suitable thick-film pastes that cure reliably in UV light but remain stable in normal daylight to put their new process into practice. The aim was to avoid that corresponding manufacturing processes are only possible under low-energy yellow light.

For metallization pastes, the researchers used these elements’ powdered metals such as silver, gold, or alloys. These were mixed with the UV-sensitive polymer and other chemical additives. As it turned out, the mixing ratio was crucial. If the paste contained too much metal, the crosslinking of the polymer was too slow. The plastic compound would then be washed away later in the development step more than desired. If the researchers worked with a high proportion of polymer, the structures became too porous.

“When developing the pastes, we had to take two more parameters into account than usual: not just the functionality, but also the exposure and development steps.” In the case of gold and silver, it has already had success. Experiments with platinum and pastes, which will later provide electrical resistance, are still ongoing.

Implementation With The Industrial Partner

“We can produce conductor tracks with a structure resolution of 20 micrometers and smaller,” results so far. “Our process is suitable for mass production and industry. The investment costs are low.”

Now you can quickly start using it. The Italian company Aural is working on production systems that have been precisely tailored to pastes from Fraunhofer’s research. This includes high-performance devices such as LED exposure and sprays blasting systems for different customer requirements – from small and large series production. They can be used as stand-alone modules or as part of production lines. The manufacturer plans to produce, among other things, RF and microwave modules, sensors, chip components, 3D stack interposers, and fan-out substrates.