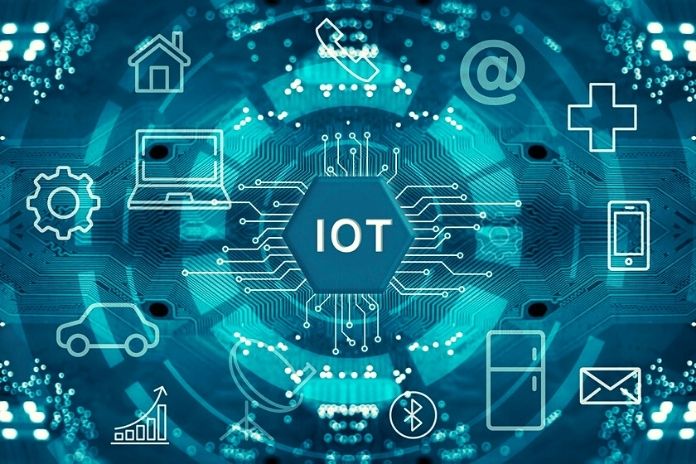 Examples of IoT devices in companies are point-of-sale card readers (PoS), heating, ventilation, air conditioning control systems, IP surveillance cameras, flow sensors, or intelligent ventilation systems. All these devices are connected to the network and communicate with a control center via the Internet.

The control center is, in turn, located in a public cloud environment such as AWS, Azure, Google Cloud, or a corporate data center. This is where the large datasets of the IoT devices are stored and analyzed. Since the cameras, sensors, ventilation systems, etc., connect via the Internet, the company is exposed to an additional threat.

A Zero Trust Network Access (ZTNA) solution is about securing mobile devices. A ZTNA solution is based on the Zero Trust model and is controlled by an endpoint agent installed on an end device such as a laptop, tablet, or mobile phone. This software agent routes traffic from the endpoint to a cloud-delivered security service before being forwarded to a SaaS application or IaaS provider.

With a sophisticated, business-focused SD-WAN edge platform, organizations can mitigate the risk of security breaches related to IoT devices. An advanced SD-WAN platform identifies and classifies user traffic at the first packet, intercepts it at the edge in an appropriate zone or segment, and isolates IoT traffic from other network traffic. An SD-WAN platform orchestrates end-to-end segmentation that spans the wireless, wired, and wide-area networking (WAN) and data center/cloud LAN-WAN. The result is consistent and automated security policies and greater transparency.

With end-to-end segmentation, organizations can create isolated segments for traffic from IoT devices. An independent security policy can then be defined for each element. Because traffic on one component is separated from traffic on other segments, unauthorized access to broader network segments is prevented. Even if a threat should arise, the impact is limited to the element it originated. With an integrated, zone-based, stateful firewall, companies can also protect remote offices and IoT devices from potential threats by blocking them.

For security verification, policies also help segment the HVAC system traffic and forward it to the cloud-deployed security provider – such as Checkpoint, McAfee, Netskope, Palo Alto Networks, or Zscaler. The security check is done before the traffic reaches the IoT control center hosted in the public cloud. Because IoT traffic is isolated per company policy, a breach in the HVAC segment does not compromise credit card and personal data in the PoS segment.

The segmented policies also help organizations with PCI (or other) compliance requirements. As shown in this example, a comprehensive security implementation with a sophisticated SD-WAN edge platform can better protect today’s cloud-first enterprises on their transformation journey while reaping the benefits of the IoT.

An advanced SD-WAN edge platform also has an intelligent selection of various WAN connections, such as MPLS, broadband, and LTE/ 5G, which protects the underlay network from voltage drops or blackouts. The platform continuously monitors the health of the enterprise network and IoT applications, detects changing conditions – including a DDoS attack – and immediately triggers automated, real-time responses.