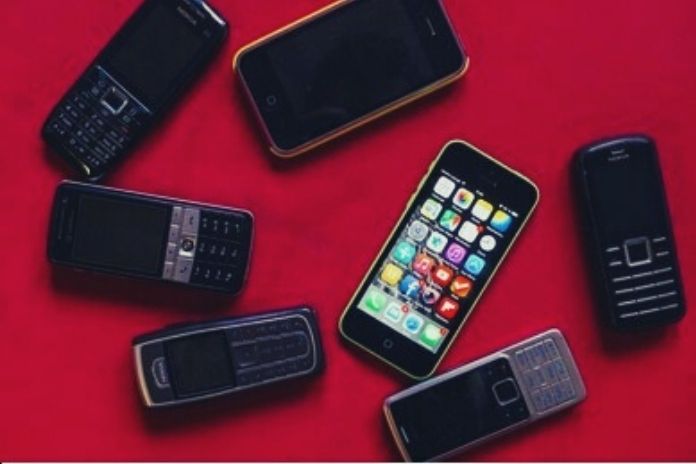 If you owned a Nokia mobile phone in the 90s, it was your loyal companion for up to 10 years. Today, users change their smartphones, on average every 24 months. Because you can usually choose a new top bundle for the latest mobile phone contract. In addition, technological change is still rapid. There have been many greatly improved features or even new practical applications in the smartphones that the mobile phone manufacturers have developed in two years.

Nevertheless, some users have grown so fond of their models that they are reluctant to part with them. In these cases, it is not uncommon for a device defect or inadequate security to be responsible in the end. A security problem with cell phones arises when for the cell phone model no current operating system updates – in the vast majority of cases, these are the mobile phone operating systems Android from Google and iOS from Apple, which are no longer provided.

Smartphones have an average lifespan of 2 to 3 years. Most of the time, they are still fully functional and are only replaced because of new features. So that you can enjoy your smartphone for as long as possible, we will show you which models and brands are the most durable, what you should pay attention to when buying and how you can extend the life of your device.

These Smartphone Models Have The Most Extended Lifespan

You want to use your smartphone for as long as possible. After all, it has its price. We’ll tell you which models will last an exceptionally long time and which will pay off.

Three Of The Most Durable Smartphones On The Market Are:

For many users, the reason for choosing the iPhone is that the devices are supplied with constantly updated operating system updates for a very long time. The risk that an iPhone will be seriously damaged by a virus, trojan or other security threat is relatively low. Apple has built its ecosystem around the iPhone and earns money on the iPhone and the extended services. Some experts even see Apple’s future in this business area.

Google and Google are further developing Android and has therefore been supporting its own Google Pixel smartphone range with updates for a very long time. The Google Pixel smartphones are the very first devices to receive the latest version or the latest update of the Android operating system. The Google smartphones are therefore also considered to be highly secure concerning external security problems. But of course, there are also product cycles with Google smartphones. At some point, old devices will no longer be supported with new updates.

Since 2010 devices of the Samsung Galaxy series have been on the market. This is a proud age in the mobile communications industry and shows that you can rely on updates for your Galaxy model for a long time when purchasing a new Samsung Galaxy Note20.

Outdoor Smartphones Are Far Ahead In Terms Of Durability

When it comes to longevity, outdoor cell phones are designed to do just that. Their reinforced housings and displays are particularly robust, and mostly they are IP-certified, which makes them virtually indestructible.

Which Factors Limit The Life Of Your Smartphone?

Hardware, software and usage are the three important framework conditions that are primarily responsible for the lifespan of your smartphone.

The incredible development becomes apparent when you compare models and years of construction:

Again and again, new security gaps emerge, which the manufacturer closes as quickly as possible. Optimizations and updates continuously improve the respective operating system, Android or iOS. Updates are automatically imported into the models by the manufacturer. As soon as a model series no longer receives any updates, it is unprotected against security gaps.

We use smartphones for various everyday tasks, such as emails, mobile payments or social media. It is therefore of enormous importance that your smartphone is not left unprotected. Even after a few weeks without an up-to-date operating system, security gaps and problems can occur in the operating system. From this point on, a new purchase is unavoidable.

Power-hungry apps mainly use computing power and the battery. This leads to wear and tear on these hardware parts. Of course, extreme mobile gaming demands more of the smartphone’s processor than just surfing the Internet or WhatsApp. This is precisely why more and more smartphones with unique features in this area, so-called gaming cell phones, are being developed. The new Asus ROG Phone 3 is a real game-changer among gaming phones. The smartphone is a genuine high-performance device.

In the last few years, unfortunately, only very little progress has been made in battery technology compared to the performance of processors. The capacity of the cell phone battery has only doubled between the 1st generation of the Samsung Galaxy and the Samsung Galaxy S10. The processor performance, however, has multiplied.

The processors are working more and more efficiently and with less energy. If the development continued like this, however, the weak battery would have destructive effects on the further development of the computing power. Samsung is already counteracting this with research on graphene batteries.

Avoiding deep discharge is essential. This means that you shouldn’t use your smartphone’s battery until the device switches itself off, but rather recharge it beforehand.

Our tip: Ideally, you will always keep your smartphone battery between 20% and 80%; this increases the battery’s service life. The battery should not be charged with a charger that has a higher voltage than the smartphone battery. Overcharging can damage today’s standard lithium-ion battery and lead to the device overheating. This is particularly dangerous when using fast charging cables with smartphones that do not have this function.

These Smartphone Models Are Used The Longest

Which models do users not want to part with? Even if the cell phone is more than three years old? With Samsung and Apple, there are two clear favorites. The models in the Samsung Galaxy series and the iPhone series are not only the most popular smartphones on the market, but they are also the longest-running. They offer a long life expectancy even when you buy them. Both manufacturers produce high quality, very well made devices. Even very intensive use cannot affect the cell phones from Apple and Samsung very quickly. The iPhone series and the top models from Samsung from the Galaxy S series have their prices. However, one has to say: The user also receives outstanding and long-lasting quality in return.

Regular updates mean that you can use your Samsung Galaxy or iPhone without restrictions for many years. And even if the decision is made to buy a new device. One can sell the used iPhone models and Samsung devices for a reasonable price as used cell phones. The average use of these smartphones is four years or more. Investing in such a device is worth it. In addition, there are several ways of not paying for the device at once. Whether as an attractive bundle or by financing an iPhone. There are various creative ways to finance the cell phone you want.

A study by the Federal Environment Agency found that 42% of those surveyed swap their smartphone for a new one within two years. That is only half as long as many smartphones can be used with their full range of functions. Experience has shown that after about four years, it can be expected that the operating system updates for the model will be discontinued. At this point, however, the cell phone should be taken out of service. Otherwise, it becomes a security risk.

With your fone mobile phone configurator, you can research your ideal combination of smartphone and LTE tariff. At the end of the contract period, check your smartphone for the three components: hardware, software and wear and tear. If one of the factors is no longer met or your usage behavior has changed, replace your cell phone with a clear conscience. It has a second life ahead of it as a donation, sale or recycling material.

ALSO READ: SAVE STORAGE SPACE ON ANDROID: HERE’S HOW IT WORKS