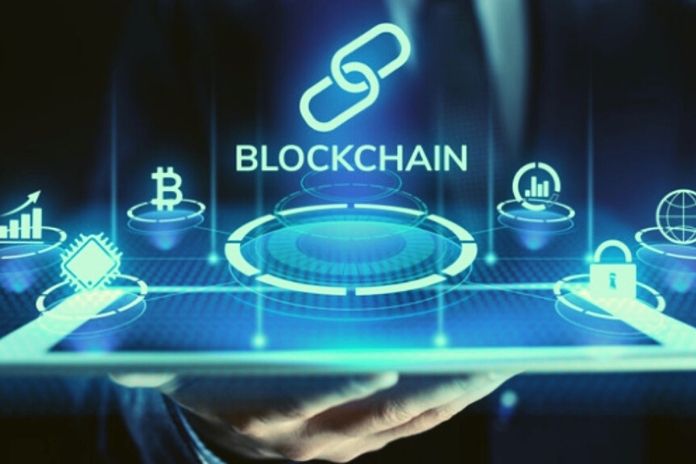 Blockchain Technology: The popularity & possible uses for blockchain technology increasing unchecked. According to a recent LinkedIn report,. According to industry associations such as Bytom, many companies already lack the basic understanding to assess to what extent the use of the technology is worthwhile for the organization. Corporate learning expert Skillsoft summarizes the three most important key areas in which companies should build up the knowledge to support future blockchain projects or to be able to evaluate their potential.

To put it simply, a blockchain is a database distributed over many computers that securely documents digital transactions. The technology is so popular because it makes it impossible to tamper with data once it has been written to a blockchain. Companies can thus use blockchains to carry out transactions of all kinds securely and transparently – without intermediaries or agencies that certify a process. This ability is why blockchain is perfect for securely logging transactions in supply chains, processing financial transactions, or recording elections, for example.

In addition to fintech, logistics, and warehouse processes, there are always new fields of application, be it for the counterfeit-proof production of sensitive products such as medicines, in e-commerce sharing platforms, or for accounting processes. In addition to the security, as mentioned earlier, aspect of unchangeable documentation of processes, blockchains also offer no central point of attack for cybercriminals and no weak point that can be paralyzed by technical manipulation. They also help to reduce transaction costs and agency fees.

Companies are looking for employees with the necessary blockchain knowledge to use the numerous advantages and possible uses, or at least to check the technology’s suitability for their organization as a first step. However, it is not that easy to find such experts. According to analysts, numerous positions remain vacant in the USA due to a shortage of skilled workers.

According to industry associations, companies see the potential advantages of blockchain technology but hesitate to use it due to a lack of expertise. According to a recent Bytom survey, there is a lack of knowledge and resources in the industry. Almost every second

company (46 percent) classifies as a latecomer regarding blockchain. At the same time, however, half of the companies surveyed (49 percent) are already planning to seek advice on implementing and using blockchain technology in the coming years.

Such consulting services are not an issue at all for just seven percent of the companies. To familiarize yourself with the technology to carry out corresponding projects in the future or to be able to build up at least basic knowledge for dialog with experts internally, Skillsoft recommends training courses in three key areas that are required to understand the blockchain basics:

Algorithms And Platforms Used Such As Ethereum

The possibilities to use blockchain technology are growing rapidly, and there are constantly new application examples. However, to choose the best blockchain solution for your company, you should first understand the fundamentals of this technology. This includes details such as the consensus algorithms used, with which all nodes involved in a blockchain network can agree on the status of the blockchain. The choice of such an algorithm always involves a compromise between scaling and security.

In the Ethereum and Bitcoin networks, the Proof of Work (Pow) is the consensus algorithm used. It is a crucial element in the mining process. If reports say that the power consumption of the Bitcoin network is comparable to that of a small country, then the functionality of the Pow algorithm reveals why this is the case. Therefore, advising responsible employees should get to know how Ethereum or another of the most widely used technology platforms work.

Various IT concepts come together in a blockchain network – from cryptographic “hashing” to digital signatures to special tree-like data structures on which data is recorded. How these work and where such methods are used in blockchain networks should be part of a basic training course. An important feature of blockchains is that the structures are not static as new data is constantly added. There are also always multiple copies stored on a network. To secure such a structure as efficiently as possible, it is not enough to encrypt the entire blockchain directly. As part of basic training, employees should therefore also learn.

Establishing the identity of everyone involved in transactions is also a critical factor in building a trustworthy system. The use of digital signatures in blockchains should therefore also be part of a training course.

There are a variety of use cases for blockchain technology. However, it is used to record transactions in a secure and decentralized manner at the most basic level. These transactions can range from money transfers, property sales, or political votes to the issuance of college degrees.

To set up such transactions, the initiator must first create an intelligent contract. So-called “smart contracts” are digital contracts that use a programming language to define processes. What sets them apart from classic, non-digital contracts is that they can be set up as self-enforcing norms. As a result, it is for most.

Interactions, therefore, do not need to involve a trusted third party such as a regulatory agency or law enforcement agency. The basics of such intelligent digital contracts and the programming language in which they are defined, for example, in the Ethereum network (Solidity), should therefore also be part of a training course.

“Building up expertise in the use of blockchain technology can not only support companies in implementing future projects with internal resources. Even acquiring basic knowledge helps to assess the potential of using blockchain for one’s own company or to ensure the necessary internal knowledge for an exchange with external consultants,”

“The implementation of such training measures can now be implemented without any problems in everyday working life, as there is also a selection of online training offers as an alternative to face-to-face training, which conveys the necessary knowledge in easy-to-manage short course units and takes into account the level of knowledge of the learners.”