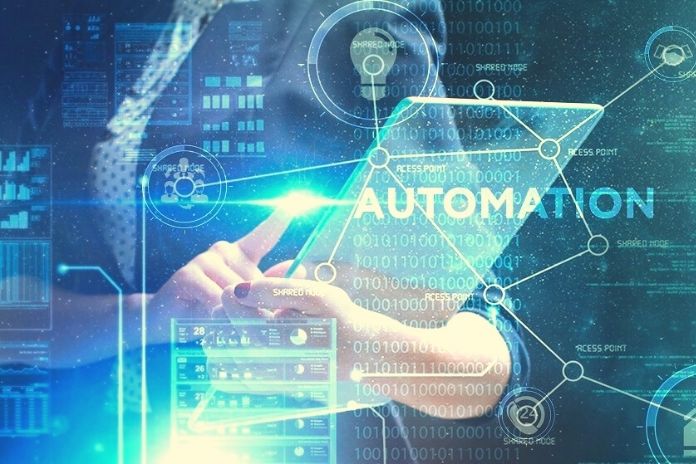 Automation: In many companies, system copies and manual post-copy processing consume time and tie up valuable IT resources. With SAP Landscape Management (SAP Lama), refresh processes only need a fraction of the previous time, and IT specialists are free again for important digitization topics. When larger companies with several locations or business areas use SAP, it is rarely about a specific system, but managing a complex landscape made up of several distributed SAP systems linked to third-party applications – a challenge for every IT department. Often several test and productive systems run in parallel, and numerous updates have to be managed.

The administration of such an IT landscape costs a lot of time if – as is often the case – it is largely done manually. Even 10-minute updates quickly add up to whole working days with the multitude of subsystems. Such lengthy processes tie up valuable IT resources that are already scarce in most companies and are urgently needed for digitization and automation tasks. The problem is exacerbated if, in the course of the switch to S / 4HANA, different test systems have to be managed and transferred to productive systems. Therefore, digitization and the move to S / 4HANA are also starting many companies to find a sustainable automation solution in IT management.

Such a solution already exists: With SAP Landscape Management, the Wall Dorf-based software company has developed an adequate tool over the years – originally for its own needs. Introduced at the beginning of 2000 under the name Adaptive Computing Controller (ACC), the new tool was initially used by the provider in its own data centers, for example, to move systems more quickly to another host. The need on the customer side was soon recognized and implemented in user versions that were continuously developed. SAP Landscape Management is currently available to users in two versions.

The free basic version, which is already included in the standard license, essentially corresponds in its functions to the original ACC. The paid enterprise version also includes virtualization functions and post copy automation. It has also been expanded to include cloud functions and enables the connection of third-party systems. Thus, for example, test systems can be conveniently moved to clouds from other providers such as AWS or Azure.

Is it worth using the tool, especially the enterprise version? It is a clear recommendation for users with frequent system updates. In addition to host and service providers, this affects many manufacturing companies: 24/7 operation, distributed locations and data centers, the connection of the machine systems, and frequent updates are the main criteria.

To assess the special situation in the company, especially when switching to S / 4HANA, advice from SAP or specialized SAP partners on the use of landscape management is recommended. Based on many years of own project experience with SAP Landscape Management, some aspects will be discussed in more detail below.

System copies are constantly required if users want to carry out releases or test new functionalities as part of updates or upgrades, such as when switching to S / 4HANA. Since with SAP Lama, such system copies are created practically at the push of a button and the post-processing is completely automated, the execution times can be significantly reduced.

Here is an example from a recently completed customer project: Landscape management was introduced at an automotive supplier with a complex SAP landscape to save time for IT administration and accelerate the introduction of S / 4HANA. After the introduction, for example, a complete refresh process no longer requires two weeks as before but is completed within a few hours. The number of possible system refreshes per year rose from 28 to 260. On the one hand, projects that require extensive tests and refresh processes – in this case, S / 4HANA – can be carried out in a much shorter time.

On the other hand, the effort for routine administration is significantly reduced. In the case of the automotive supplier, IT employees only have to spend ten percent of the time previously required on administrative activities after automation by SAP Lama. The automated administration thus relieves qualified IT specialists of routine activities. This frees up valuable resources for innovation and digitization topics, which are usually more attractive for IT experts than manual post-copy post-processing, for example. The digital transformation in the company is picking up speed.

An often underestimated aspect: SAP Landscape Management: reliably creates consistent system copies. In the day-to-day practice of IT departments, things often look different: Although there are clear guidelines on how the copies are to be made, each IT expert still has their own “signature” so that the individual copies are always different. The details are difficult to understand, as experience has shown that documentation is not the top priority. Possible errors can then remain undetected.

Especially with banks and insurance companies, where for compliance reasons, the integration system is usually set up 1: 1 like the productive system, deviations in the system copies are a disruptive factor. In contrast, the machine-generated system copies are always the same, so possible errors are found quickly and remedied centrally.

If carried out correctly, the introduction of SAP Landscape Management can be implemented quickly. However, this requires specific know-how. As is well known, SAP systems are individually adapted to the company and landscape management must be adapted accordingly. Users who try to do this on their own often pay twice: first with their resources, before they have to pay for an external service provider.

The support of specialists who have many years of experience and best practice approaches in adapting and introducing the management tool is, therefore, safe. However, the number of these is limited, as dedicated knowledge in the SAP infrastructure and data center area is also required – skills that are otherwise more likely to be found with manufacturers than with consulting firms.

Seven Principles AG is one of the service providers who have this knowledge and specialize in introducing SAP Lama. In the projects at the customer, the tool is initially customized. Setting up the new system takes about a week. After that, the service provider usually only takes over the first system copy; the customer company can easily implement the following actions, so the costs are also kept within limits.

Alternatively, these follow-up actions could also be carried out as part of a project with special consulting companies such as Talents chimed AG by junior IT staff to relieve the customer’s employees. In the best-case scenario, the introduction of landscape management is already completed after three weeks; for extensive landscapes with many subsystems, more time must be considered.

Against the background of the switch to S / 4HANA, SAP Landscape Management is gaining relevance for users and is still used by SAP itself. Both indicate that the manufacturer will continue to support and develop the tool in the long term. The expansion to non-SAP systems will play an important role in the future. The automation tool is recommended for operators of complex SAP landscapes with frequent system updates. It saves IT resources in the long term and enables future projects to be carried out much faster.