HomeBUSINESSIT Infrastructure- Five Steps For The Successful Implementation Of It
BUSINESS

IT Infrastructure- Five Steps For The Successful Implementation Of It 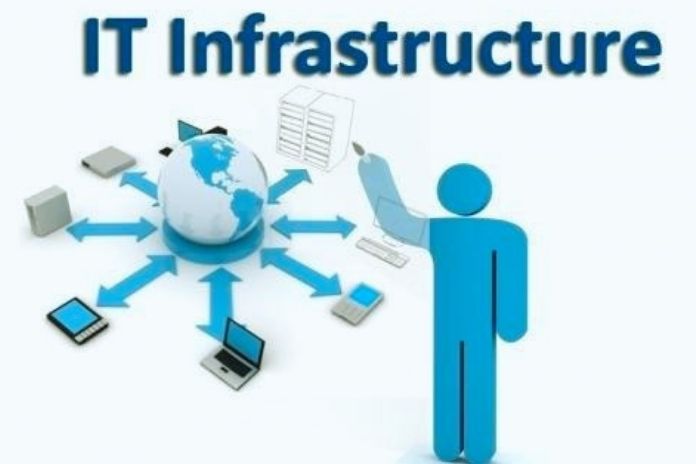 Conventional IT infrastructure are facing a major upheaval. It is predicted that this will be shaped by software bots, artificial intelligence, hybrid cloud and edge computing. The following are the essential factors.

For the study commissioned by Cognizant, more than 1,000 senior IT executives from various industries who work in companies with more than 2,000 employees were surveyed. Five decisive factors emerged that are essential for a restructuring of the IT infrastructure in companies.

Security Precautions For The IT Infrastructure

Eighty-six per cent of those polled by Cognizant said they had suffered a loss or loss of reputation or brand equity due to a security breach. With the GDPR that has come into force, with exploding data volumes and exponentially growing hybrid environments, IT is becoming more and more complex, and IT departments are finding it increasingly challenging to protect their companies and their brands. Without robust security precautions, even the most agile IT infrastructures run the risk of being unable to preserve fundamental economic factors such as business intelligence, brand value and user data.

The Hybrid Cloud Is The New IT

Cloud computing can significantly simplify today’s infrastructure management complexity – over 60 per cent of the study participants saw it as an essential business enabler. The additional flexibility of the cloud applies to all aspects of IT, especially when paired with agile DevOps-like methods and an architecture based on microservices. The hybrid cloud plays a strategic role in reducing time to market and enhancing user experiences. It is the backbone of agile, highly resilient and scalable infrastructures for digital environments.

Internet Of Things And Edge Computing

Even if cloud computing promises to simplify IT infrastructure, it does not work when the complexity comes back over an exploding number of IoT devices. The Internet of Things means more networking, more complex integration of devices that communicate with each other. In addition, there is a lot of data that has to be analyzed. Edge computing can help out of this dilemma.

With centralized infrastructures, there is a risk that data will lose value in the few minutes it takes from hundreds or thousands of devices to the data center or cloud. Edge computing places the computing resources closer to the data sources, speeding up analyses and enabling faster reactions based on the knowledge gained.

Edge computing works hand in hand with the cloud: It prepares time-sensitive data for immediate analysis within the device—the cloud deals with the necessary data for historical research. For example, Coca-Cola’s freestyle machines are managed via edge servers.

Freestyle machines give consumers the freedom to compose their drink mix and, in the process, collect a lot of information about consumer preferences. This data is then sent to the data center via the cloud to contribute to future product improvement.

ALSO READ: Workforce Management: Win-Win For The Workforce And The Company

Automation is already a critical factor in the capabilities required in the digital economy. It is implemented by “bots” that quickly and without errors carry out large numbers of repetitive tasks. More than half of the companies surveyed have already launched pilot projects or are planning to let bots do routine work. This frees up resources for higher-value activities.

And it’s not just about cost savings. Many organizations realize the opportunity to enhance the end-user experience by bringing services to customers faster and more securely. The benefits increase exponentially when software robots are equipped with self-learning capabilities. These “virtual engineers” can be built into the infrastructure to measure system performance, learn patterns, and ultimately solve technical problems independently.

New Platforms Instead Of Legacy Systems

Nearly half of the respondents admitted that their product or service was taking far too slowly to market and that they felt they were spending far too much time maintaining legacy infrastructure. The time seems to have come to modernize the existing infrastructure. IT departments need to be open about which parts of their infrastructures are potentially significant bottlenecks for the transition to the digital economy. You should check systems and processes to see whether they are expensive to modernize and whether they can still go along with the next steps.

A transition from “ownership” to “control” over the IT systems that make up a company’s infrastructure is becoming increasingly feasible. Fifty-one per cent of the study participants reported that they were already considering saying goodbye to their assets. Organizations with a cloud-focused strategy no longer build their infrastructures but rather think which parts of ownership can be shifted to control, for example, by renting capacities and resources. By moving away from legacy systems, organizations are better positioned to get the most out of big data, machine learning, and mobile applications to offer customers real-time experiences and bring services to market faster.

Organizations in all industries should make their IT infrastructures more agile, more responsive and more secure. When start-ups can stir up entire sectors in just a few months or even weeks, companies are increasingly required to tackle these things to remain competitive or – even better – in the areas in which they are active themselves.