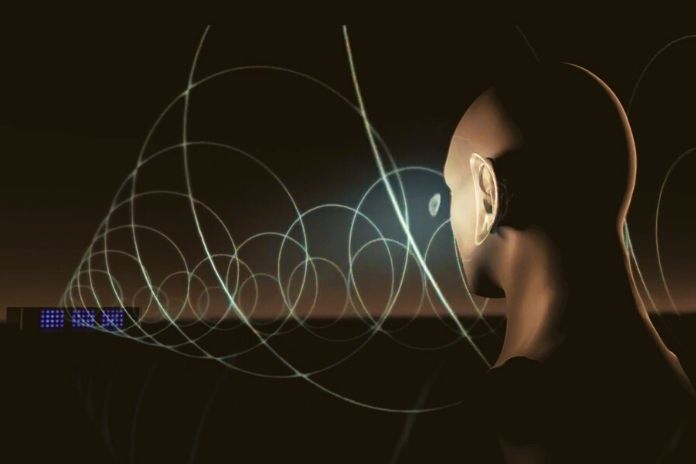 3D Technology: The “Sound Beamer 1.0” developers want to transport music to our ears with a precisely controlled sound – without headphones. But how does the technology work? Let’s take a closer look at sound beaming. With Bluetooth headphones, we can already listen to music wirelessly without acoustically disturbing our surroundings. If there are several family members, this can be very helpful at home.

The Israeli audio start-up Noveto Systems is now even going one step further. It has developed a 3D technology that transports music with a precisely controlled sound to our ears. Headphones are not necessary for this.

Unlike many other audio companies, Noveto does not rely on directional sound technology but the real stereo and 3D sound without headphones or conventional speakers.

The start-up was founded in 2011. Co-founder Tomer Shani’s vision is to free the world from audio limitations like headphones and speakers. Novato holds over 20 patents worldwide and is headquartered in Tel Aviv. The company also has branches in Switzerland, Germany, and the USA.

The company’s new technology is called sound beaming and is intended to immerse us in a kind of sound bubble. We listen to the music we want and still hear what’s happening around us. Outside noises are not overheard, with sound beaming. This requires a device that connects to computers, laptops, and smartphones. The loudspeakers must be switched off for this. Then both devices connect via Bluetooth.

How Does Sound Beaming Work?

Sound beaming uses a 3D sensor module and locates your ears. The technology tracks this as you move and sends audio signals via ultrasonic waves to create sound chambers in your ears.

Novato generates the waves with specially developed DSP algorithms and uses ultrasonic transducer array systems to raise them into the air. 3D sensors are integrated into the hardware, which then tracks the position of your ears in real-time and creates sound spaces.

If you move your head in a different direction, the sound chambers automatically adapt to your position. You can listen to the music in stereo or in a 3D mode where the technology creates 360-degree surround sound around you. In practice, for example, you could sit on the couch and watch a movie or play a video game while your partner reads a book and doesn’t hear any of the noise.

Sound Beaming: The Future Of Hearing?

Sound Beaming product manager Ayana Wall water tells the Israeli newspaper The Times of Israel that the focus is on the user. “Everything happens around you.” You can also move away from the sound beaming device – the connection does not break off. “The sound follows you wherever you go.”

That is also what Noveto dreams of. “A world where we hear the sound we want. We don’t need to disturb others, and we are not disturbed by others ourselves.” Unlike headphones, we can still communicate with other people with sound beaming.

When Will Sound Beaming Be Launched?

The company has already played a demo version for some journalists from the press agency.  According to Wall water, most journalists said they “just can’t believe it.” The product manager can understand the reactions well because the sounds appear in her ears out of nowhere. A comparable technology has never existed before.

CEO Christophe Ramstein says a “smaller, nicer” version of the current prototype should also be available. However, Noveto has not yet revealed what the device would cost. So we have to be patient for a while before enjoying sound beaming.

ALSO READ: Do You Remember When We Talked On The Phone With The Nokia 3210?