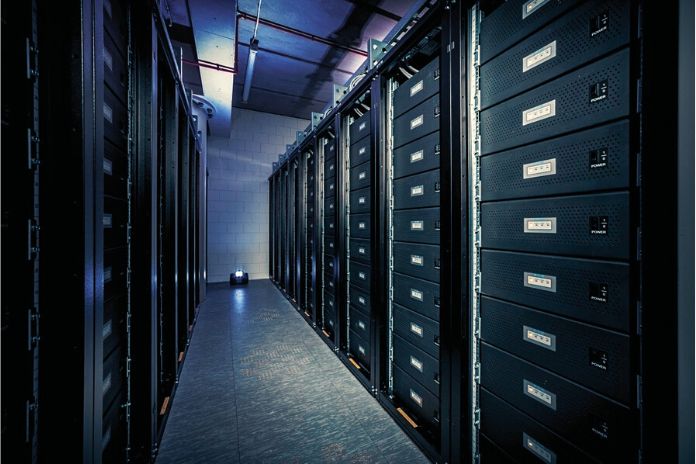 Microsoft wants to convert its data centres into colossal energy storage systems. Gigantic batteries should be able to store excess energy, and feed it back into the grid when needed. However, the company has kept a low profile with concrete figures.

Every day cables massive transport amounts of data from A to B around the world. With increasing digitization, our need for data volume rises year by year. While mobile phone contracts with a volume of one gigabyte were still standing for a few years, contracts with 15 to 20 gigabytes are now almost standard.

The big Internet companies are also noticing this and are upgrading their infrastructure. Today, data centers consume about one percent of the energy generated worldwide. It also requires large batteries to power servers in the event of a power outage. These energy storage devices could play a crucial role in the power grid in the future.

Data Centers As Energy Storage Of The Future?

Microsoft is now taking the first step in this direction. In the future, the battery storage in the company’s data centers will help to stabilize the power grid. Microsoft could charge its energy storage if power plants produce too much energy.

If, on the other hand, there is a lack of energy, the batteries should discharge and, to a certain extent, stabilize the power grids. The project is due to start next year. That’s when Microsoft opens a new data center in Ireland.

The energy storage devices of the tech giant could contribute to a sustainable electricity grid across the country. Because as of today, gas and coal-fired power plants still guarantee energy reserves. If solar energy and wind turbines also replace them, the climate balance of the entire European Union will benefit.

Microsoft Also Benefits From The Stabilization Of The Power Grid

So far, Microsoft is still covered. It is also unclear what the capacity of the batteries in Ireland is. However, a data center requires between 10 and 100 megawatts. For comparison: one megawatt is enough to supply several hundred households with energy. However, the technology could set a precedent due to the upcoming scaling.

Because Microsoft is currently planning between 50 and 100 new data centers per year, the group ultimately benefits from stabilizing the local power grids. If the power goes out, the services offered can no longer be called up. So it would be more of a win-win situation for everyone involved.