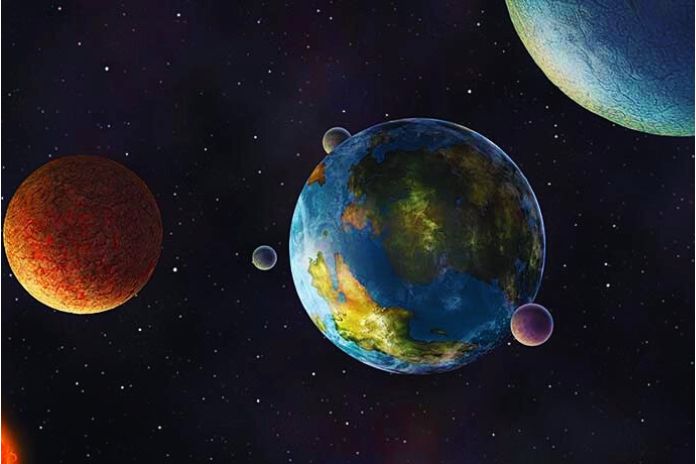 Researchers from Kyoto University and the Japanese construction company Kajima Corporation have developed a space house. It is intended to show how life in space could unfold. Thoughts have also been given to an interplanetary transport system.

A journey into space is still considered a distant vision for many people today. The super-rich are already flying into the vastness of space with private space travel providers. But one day, an alien planet could also ensure our survival.

Because if we continue to treat the Earth as we have done up to now, it is becoming increasingly likely that there will soon no longer be any basis for human life. It is becoming more and more likely that we will eventually colonise Mars or the moon, for example.

Visionaries like Elon Musk keep talking about it. But it will probably be a few decades or centuries before the first colony is established. To be prepared, the University of Kyoto and the Japanese construction company Kajima Corporation recently presented the first version of a future space dwelling.

Looking at the building from the outside, you see an oversized glass. This is why the concept was given the name “The Glass”. Because research on the ISS repeatedly shows how dangerous the lack of gravity can be for us. The 400-metre high construct rotates on its axis every 20 seconds to mitigate these consequences.

This centrifugal force creates a sense of gravity. The body is less stressed. The prototype of “The Glass” will be built on the moon by 2050. But how do you transport passengers and the materials for them?

With the so-called hexagon space rail system, a train, similar to the Japanese high-speed train Shinkansen, should enable a connection to all planets. For this purpose, rocket engines are ignited during the descent on Mars or the Moon. Satellites, in turn, are the future stops.

The individual cars separate and form hexagonal capsules to protect passengers from cosmic radiation. The pods are transported between stations, linked together and held on the next planet. Forces like those on Earth should prevail throughout the journey.

ALSO READ: Volkswagen Is Working On A Tiny Electric House On Wheels