HomeTECHNOLOGYVolkswagen Is Working On A Tiny Electric House On Wheels
TECHNOLOGY 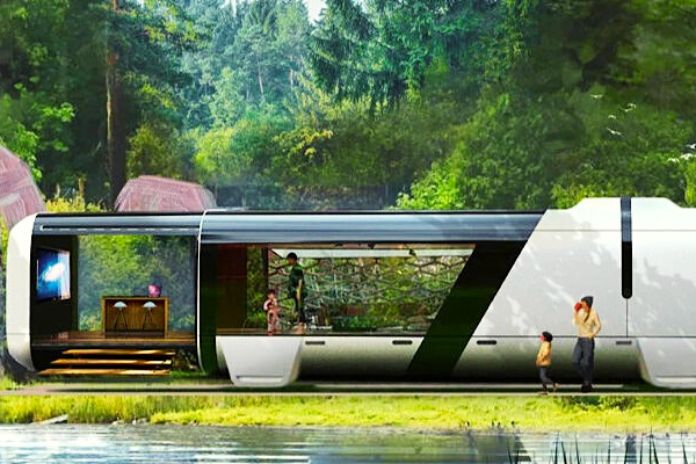 VW wants to break new ground. Because under the project name “The Wanderer,” Volkswagen is working on a fully electric tiny house on wheels. The focus is primarily on the topics of sustainability and mobility.

The way we live and move is constantly changing. The big car manufacturers are also noticing this and are trying to shift their focus from combustion engines to a sustainable future. Tesla is constantly announcing new partnerships.

It was only recently announced that Panasonic is building its battery factory for the US car pioneer. On the other hand, Volkswagen, in particular, is undergoing a green transition. After the emissions scandal, the Wolfsburg group had to reinvent itself.

Hardly a year went by without VW announcing an electric car. The ID series is now part of the street scene. Volkswagen even announces an electric version of the VW Beetle. But now VW is going one better and wants to unconventionally enter the mobile home market.

“The Wanderer”: A Tiny Mobile House From Volkswagen

Because “The Wanderer” is different from classic mobile homes. The model is similar to a tiny house and is being created as part of the Group’s current strategy. Under the title “New Auto,” VW wants to produce future vehicles that reflect the future’s mobility.

That’s why “The Wanderer” can’t be compared to other mobile homes. It is more of a small house designed for travel over several months or a year. When it comes to design, VW is breaking entirely new ground. Compared to classic mobile homes, “The Wanderer” has large windows that let a lot of light into the vehicle interior.

There is no canopy for an improvised balcony, but a complete terrace can be extended from inside the vehicle. According to internal reports, the entire design phase and production are geared towards sustainability and durability.

Start Of Production From 2030 At The Earliest

However, it will be time before Volkswagen’s Tiny House comes onto the market. The carmaker does not expect the product to be ready for the market until 2030 at the earliest. The announcement comes when VW is trying to differentiate itself from the competition.

Because there are no significant differences between many brands, numerous models and equipment are the same across the board. So it will be exciting to see whether Volkswagen can decisively set itself apart from the competition with its tiny house, “The Wanderer.”