HomeAPPSApp Usage: Why It Is Increasing Sharply In The Corona Pandemic
APPSTECHNOLOGY

App Usage: Why It Is Increasing Sharply In The Corona Pandemic 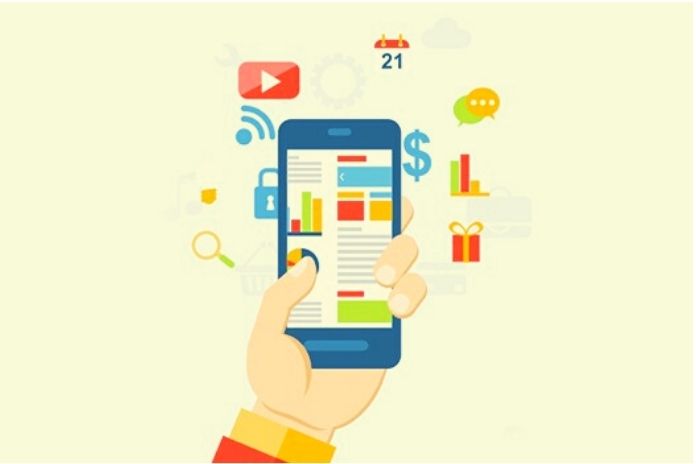 App Usage: The world’s population has been going through a pandemic since the beginning of the year. To contain Covid-19, people should look at a physical distance. The app market increased by ten per cent compared to the previous year.

Whether grocery shopping or looking for a partner: Download figures from the data and analysis experts at App Annie now show that the majority of life has already been restructured and that app use has therefore increased sharply. users spend an average of 14 per cent more time on mobile apps than last year; the global standard is as high as 20 per cent.

App Usage: Entertainment, Medical Offers, And E-Commerce Are Well Ahead

The demand for apps in a wide variety of industries is increasing. Consumers not only get entertainment online but also medical help and sports. “Telehealth” recorded strong growth from January 2020 to April 2020. With the store closings from March 2020, people increasingly turned to e-commerce offers. During the pandemic, spending even exceeds the Christmas season. The increase recorded in the first half of 2020 would generally take four to six years.

The pandemic confirmed the indispensability of delivery services. the use of these services increased by 15 per cent compared to the previous year. The increase in the use of mobile devices also brought an increase in advertising opportunities. In the USA, for example, there was an increase of 70 per cent between January 2020 and June 2020.

Processing the data streams associated with a mobile advertising strategy is a challenge for companies. App Annie Ascend, for example, helps advertisers organize and simplify their advertising analysis.

Consumers spent over $ 50 billion in app stores in the first half of 2020, up to ten per cent from the second half of 2019. This increase indicates that consumers are using apps more and are also drawing added value from these services. Companies should prioritize mobile offerings in their strategies, as the Covid-19 pandemic has reinforced the role of mobile devices as a critical revenue driver.

Consumers spent over 1.6 trillion hours on mobile devices in the first half of 2020. Since the beginning of 2020, people have been advised to keep physical distance and minimize contact with other people. The majority of social life, therefore, takes place online. Since it takes an average of 66 days to adopt new habits, increased app usage is now part of the routine of most consumers.

The global pandemic accelerated the trend towards a “mobile-first world”, creating valuable business opportunities. The use of mobile phones has increased by 20 per cent compared to the previous year. Users spend an average of 27 per cent of the day online.

Gaming As A Popular Pastime In Lockdown

Gamers not only access their favorite games, but they also look for new games. Games like Fortnight expand their offer and create new possibilities for entertainment. The game enables users to watch a film or attend a concert. the number of monthly games used increased by six per cent compared to the previous year. Gamers are also more likely to use mobile devices than consoles or computers at home. In the second quarter of 2020, Pokémon Go was the most popular game. To ensure compliance with the physical distance, the app has been optimized for indoor play.

The use of dating apps increased steadily during the pandemic so that the maximum was reached during the most acute period. Dating app users attach great importance to the chat and video chat functions of the networks. Netflix is ​​the most popular streaming service worldwide, but consumers also use other services in parallel. The usage of the streaming platform Twitch increased by 60 per cent from the first to the second quarter of 2020.

Four of the five most popular business apps in the second half of 2020 are video conferencing programs. Remote work will continue to be an integral part of everyday work in the future. Globally, consumers spent an average of 220 per cent more time on business apps than in the previous year.. An increase of 135 percent can be noted. By switching to online courses, the use of educational apps increased significantly. Education platforms like Udemy are also popular in their free time. Udemy’s download numbers have doubled from 2019 to 2020.

App Annie provides trusted app data and insights that help companies position themselves successfully in the global app market. More than 1 million registered members use App Annie to understand the app market, its businesses, and its opportunities. App Annie pioneered the mobile app market and wants to provide customers with a comprehensive range of services in the industry.