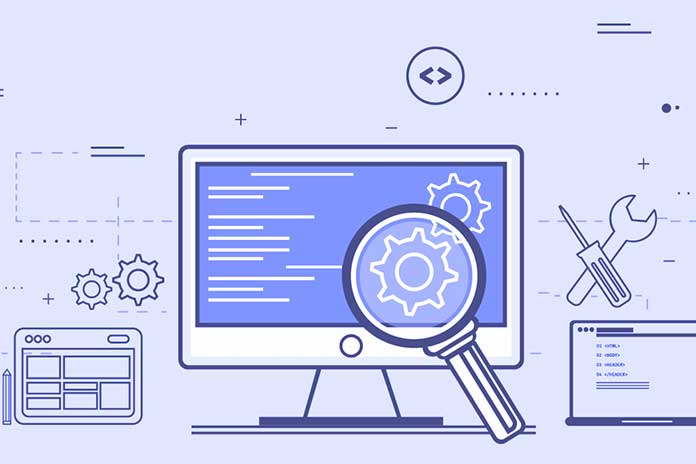 We can divide the application development process into four main steps. They are planning, development, testing, and production. During the early years of development, the apps were basic and simple. So, the testing phase was simple and often even skipped. As technology began to advance and the demands of consumers started to rise, the apps became more and more complex. For instance, now a single app was capable of performing multiple different tasks. These complexities in the apps resulted in more flaws and bugs. In certain cases, the apps were completely crashing at critical moments. So, developers started using modern testing methods like data driven testing to improve the reliability of these apps.

In this article, we will learn the major differences between two of the most popular forms of app testing, Keyword Driven Testing, and Data-Driven Testing.

Challenges in the Modern Testing Industry

The App development industry is filled with diversities. These diversities are present in the form of operating systems, devices, and even web browsers. For instance, while developing a mobile app, the developers have to consider the fact that more than a thousand devices are annually released only on the Android Platform. So, it becomes almost impossible to maintain a physical lab consisting of all these devices. App Developing companies can solve this problem with the help of cloud platforms. These platforms help developers to access hundreds of real devices with their cloud servers. The developers can access all of these devices by only paying a minimal license fee. To further improve our knowledge, let us use the reference of LambdaTest.

LambdaTest is a continuous quality cloud platform that enable devs and testers to perform manual testing and automated testing of web and mobile applications on an online browser farm of 3000+ real browsers, devices and OS combinations. LambdaTest also helps developers to increase the expedite their delivery cycles by more than ten times using parallel testing to execute different test configurations at the same time.

The Basics of Data-Driven Testing

Data-driven testing is often abbreviated as DDT. This test is also popularly known as the parameterized test in the application development industry. Data-Driven Testing tests the efficiency of the softwares that the developers will be using to test certain computer applications. The system will be using certain parameters in the form of verified inputs for testing purposes. To improve the accuracy of the test cases it uses various methodologies that are different from the previous ones. Data-driven testing is completely dependent on the predetermined values or inputs that are present in a database. It will use this data to create an automation framework for conducting the test cases. Using this framework, the developers can solve various issues that are usually related to the time and resource consumption of the testing cycle.

To understand the functioning of data-driven testing we can consider the example of searching a student’s detail in a huge database of schools. In such a scenario all the details of the student will be available after simply entering the name of the student. Similarly for conducting the test cases in a huge database, the developers simply have to input the verified data for the particular test case. After this process, the system will automatically execute the test cases.

In data-driven testing, different varieties store the final data in multiple formats. For instance, the data in DDT can be present in the form of scripts, excel sheets, script arrays, table variables, and commonly separated value files. The primary focus of data-driven testing is on the following four major operations:

The advantages of Data Driven testing

The Basics of Keyword-Driven testing

Another popular name for keyword driven testing is action word-based testing. Keyword-driven testing is also used for testing the efficiency of different softwares. Using this form of testing, the developers can initiate both manual and automated test cases. The main approach of this scripting technique is to restore the keywords and utilize all the data files that can be later applied during the testing phase. This scripting technique is also a combination of different high-level and low-level keywords. It also has a keyword argument that will be used by the system during the test execution phase.

Some of the important things that the developers must be aware of while using keyword-driven testing are as follows:

The Advantages of Keyword-Driven Testing

Some of the major advantages of using keyword-driven testing are as follows:

Now that we have finished covering the basics of data-driven testing and keyword-driven testing, it is time to take a quick look at some of the major differences between both these approaches. These differences will help the developers to decide according to their requirements:

So, we can conclude that it is very important for the developers to have a proper idea about all the approaches related to the application testing process. This idea will help them to initiate the perfect approach according to the requirements of the application development lifecycle. Developing companies should also take a leading role in spreading this awareness among their developers. It is also very important to choose the perfect tool for utilizing the full potential of the automated test bench. Many experts believe that automation testing will continue to become the standard of the future application development market. Lastly, application testers should always keep themselves updated with all the modern trends that are arriving in the testing industry.