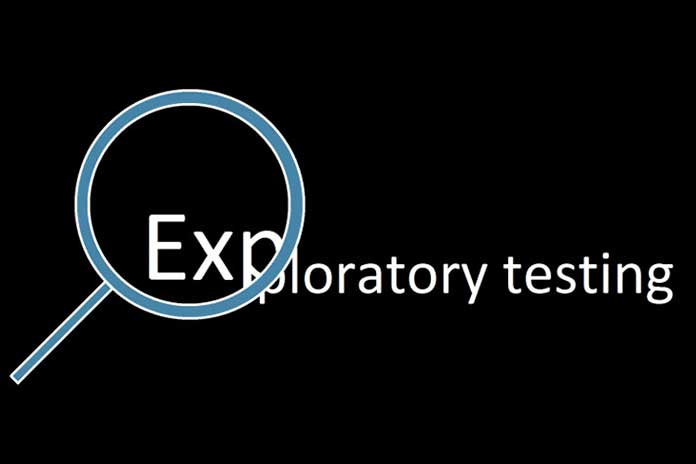 Exploring something is the best way to learn more about it and understand all its features. Similarly, while testing an application, the testers need to navigate through all of its features. This will help them to understand its capabilities and the intended goals for the application. While performing software testing, the developers use some common terms like ad hoc testing, monkey testing, and exploratory testing.

However, it is important to remember that ad hoc and monkey testing are completely different from exploratory testing. The difference is similar to that of exploring and wandering. Even after multiple different test cases and rigorous testing cycles, the developers will always encounter some unforeseen errors or obstacles. These are the random scenarios that are not documented in the final Test suite.

From a developer’s point of view, it is almost impossible to cover all the scenarios while creating the test plan for the application. This is because there will be numerous differences in terms of the mobile specifications, operating system, physical hardware, or preferences of end users. Therefore, exploratory testing is the only logical way to solve all the errors that can rise due to these variations.

The Challenges of Mobile App Testing

The mobile application market is one of the most diverse software development segments that currently exist. For reference, we can consider that only in the Android segment more than a thousand different devices appear in the market every year. Each of these devices is different in terms of resolution, operating system skin, display size, and hardware specifications. Therefore, it becomes almost impossible for the developers to generalize the test cases for these devices. Moreover, there are also other popular platforms like iOS, windows, and blackberry. During the app development phase, the developers also have to consider certain undocumented changes like a fall in Internet bandwidth, low battery on the device, and custom interactions of multiple end users.

All the above points justify that it is almost impossible for software testers to completely depend on predetermined test cases for ensuring the optimal quality of a mobile application. In scenarios like this, exploratory testing can help the developers to better understand the application and create specific test cases simultaneously. This process will also help the application development companies to customize the end-user experience according to the target audience. Another factor that the developers can consider during the mobile app testing phase is the unavailability of a physical test bench. Maintaining a physical test page is not only an expensive process but also tiresome considering the variations that continue to increase with the passing years. The best way to solve this issue is to integrate cloud platforms into the test bench.

Using cloud platforms, the developers can access hundreds of real devices that are stored on multiple cloud servers. By simply paying a minimum license fee, the developers can conduct all their test cases on these servers. This process also eliminates the risk of releasing a faulty application due to only testing its performance on emulators and simulators. We can understand more about the influence of cloud platforms with the help of LambdaTest as a reference point

LambdaTest is a cloud-based testing platform that allows developers to perform manual and automated testing of web and mobile applications across 3000+ real browsers, devices and OS combinations. compatibility of modern web applications. Using LambdaTest, the developers can also validate the functioning of local web pages.

LambdaTest helps to improve the efficiency of the test cases by more than 10X with the help of parallel testing. Using parallel test cases, the developers can initiate different test configurations on multiple devices at the same time. Lastly, LambdaTest generates highly accurate test results by combining multiple reports from not only hundreds of emulators and simulators, but also multiple real devices stored on cloud servers.

The basics of Exploratory testing

We can define exploratory testing as the process of simultaneous learning, test design, and execution. It is one of the most unique and often regarded as the most effective way of testing the real-time performance of an application. This approach of software testing relies on the discovery and guidance of individual app testers. Using exploratory testing, the testers can find certain errors in the application that are not easily visible with other forms of testing like automation testing. This is one of the most important test cases that are highly dependent on the knowledge and experience of a human tester. Due to the complexity of modern applications, exploratory testing is starting to gain more popularity with time.

There are certain parameters that the developers must keep in mind before implementing exploratory testing. These parameters are highly critical to analyze the perfect time for the initiation of these test cases. So let us take a quick look at some of the major ones:

Now let us consider some of the major skills that are required to properly perform exploratory testing on mobile applications:

The Process of Exploratory testing of Mobile Apps

There is indeed no definite process for implementing exploratory testing on mobile applications. However, we have tried to structure a possible path that will help to make it simple for the new exploratory testers. They are as follows:

So, we can conclude that the modern app developed industry is highly dependent on advanced and unique testing processes like exploratory testing and visual testing. These test cases ensure that all applications both mobile and desktop can survive the real-world use case scenario. Application development companies need to spread proper awareness regarding the importance and influence of these test cases. On the other hand, the developers should also consider these processes as one of the important building blocks for creating a better portfolio. One thing that every developing company and developer must remember is that their primary goal is to provide high-quality software in a short. Lastly, it is very important to acknowledge the role of multiple tools and platforms like LambdaTest in achieving this goal.

Also Read: App Usage: Why It Is Increasing Sharply In The Corona Pandemic