You Should Know These 2022 Tech Trends 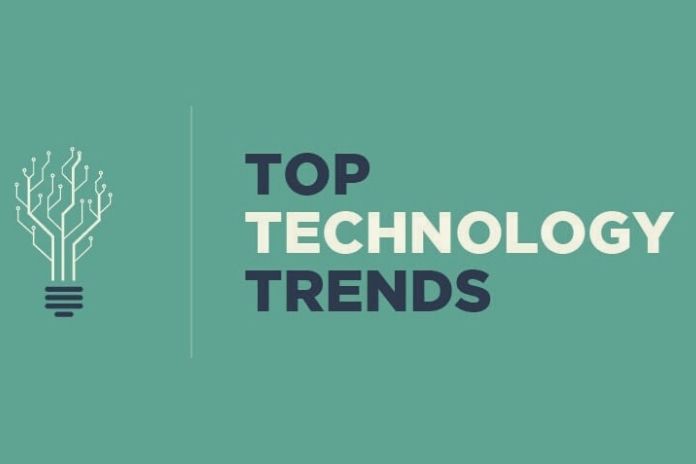 Tech Trends: The last days of the year are drawing to a close, and 2021 is just around the corner. For the automotive industry, 2020 was an extremely eventful year with many ups and downs. The number of electric vehicles increased by a remarkable 54% from 2017 to 2019. In 2019, the global electric car inventory increased to 5.6 million – up 64% compared to 2018. Many new electric vehicle models will be released over the next year, and there will be some innovative technology trends. The following seven tech trends have a lot of potential.

Another important tech trend in the field of electromobility is the further development of urban mobility. In the future, the focus will be primarily on car-sharing solutions. Some suitable mobile applications for electric vehicles are already available, such as “Blue City” or “E-Car Club.” With these apps, users can benefit from the advantages of electric vehicles without having to incur a high financial outlay. You can comfortably rent an electric vehicle and experience the innovative technology up close. Many companies believe that urban mobility has great potential.

In the past, advances in battery technology have been far too slow for most industries, especially electric vehicles. The constant improvements in cell chemistry, the anode and cathode material, and high-yield manufacturing processes should reduce battery costs by 6 to 8% year after year. The improvements have exceeded expectations for several years now, which means that large-format battery cells can already be implemented at a price of less than $ 145 per kilowatt-hour. This positive trend will continue next year, and 2022 could be an extremely exciting year for battery technology. Furthermore, there are already some alternatives to the standard lithium-ion technology. Miniaturized solid oxide fuel cells, micro capacitors, Aluminum graphite, graphene polymer, and gold nanowire technology could soon replace the outdated battery technology.

Improving the existing charging technology will be one of the most important goals in electromobility in 2022. Most consumers are limited in the range of their electric vehicles due to their capacity. In addition, long-distance electric vehicles are more environmentally friendly but not as comfortable as other vehicles. Charging the battery every 2 to 3 hours at the latest and waiting for half an hour should no longer be expected of consumers in the future. The manufacturers want to solve or at least reduce the persistent problem through the widespread availability of fast-charging stations worldwide. With the global rollout of additional charging stations, Tesla has already made great strides in this area. Last year the automobile manufacturer Porsche announced that he has developed a new charging technology and that this has reduced the charging time to a maximum of 15 minutes. Other companies, such as Audi and General Motors, also want to reduce loading speeds significantly.

Another very interesting tech trend is solar-powered vehicles. Many automobile manufacturers have been working for a long time to make solar cars a reality in the future. With these, the car battery can be charged while driving, which would be a huge advantage over conventional electric vehicles. Some interesting prototypes are currently being tested. In addition, some companies want to develop solar-powered hybrids. If the companies succeed, the global market for solar-powered electric vehicles could experience a huge boom in 2022. Experts assume that the order of magnitude is $ 1 billion. The models that were close to series production up to now are unfortunately still far too expensive at the moment. One of the examples of this is the solar-powered long-haul vehicle called “Lightyear One.” This currently costs around $ 107,000 per unit.

Improvements and innovations in software will be another tech trend in 2022. The operation, connectivity, and security of electric vehicles’ information and entertainment systems will certainly be the focus. Concerning the safest and most accident-free autonomous driving possible, improved connectivity will be of crucial importance. Due to the higher bandwidths, videos in a high resolution of 3 to 4K can be played in real-time in electric vehicles in the future.

With the huge advances in electromobility, it was only a matter of time before the next popular form of transport came. For this reason, it is only logical and understandable that electric aircraft will become more and more likely in the next few years. Some considerable progress can be expected as early as 2022. Some large operators, new startups, various manufacturers, and even NASA are already dealing extensively with the topic. A few corporations, like EasyJet, believe that electric aircraft can become a reality in the next 10 to 12 years.

FOR EXAMPLE, the US company “Wright Electric” would like to make electric aircraft the standard for air traffic in the Middle East within the next 20 years. The Israeli company “Aviation” recently presented a prototype of an electric passenger aircraft. According to a company spokesman, the world’s first electric airplane will transport a maximum of 9 passengers over a distance of up to 1,000 kilometers and will be released in 2022.

Technological leaps – especially those digitally initiated in the field of autonomous systems and artificial intelligence (AI) – are turning the world in which we live and work upside down. Realistic future scenarios record sweeping changes for the vast majority of industries and job profiles. The digital change offers companies, employees, and people as private individuals a wide range of perspectives and opportunities.

ALSO READ: The Cloud Creates The Conditions For Industry 4.0