Intelligent Use Of External Data Gives Companies A Head Start 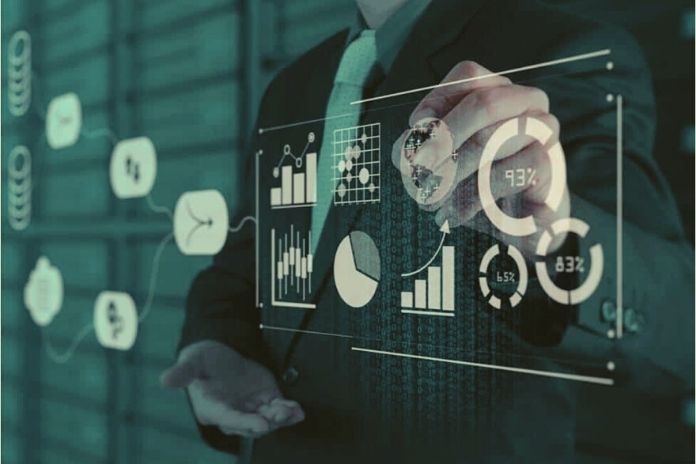 Linking internal data with external data is the key to economic success. Because then the companies make the better decisions. This gives you higher productivity and an advantage over the competition.

“Companies that make their decisions based on data are five percent more productive than their competitors. They make six percent more money, and their market value is on average 50 percent higher”. The latest hit in the general hype about data is to link internal data with external data sources. “In the future, the internal data will only make up ten percent. Without valuable external data, one makes the wrong prognosis. This can be seen in all industries”. Teradata describes itself as “the world’s leading provider of database software, enterprise data warehousing, data warehouse appliances, consulting services, and analytical technologies.”

So much expertise in data makes you latently suspicious. It is now part of everyday life on the Internet, for example, after a Google search for a cheap tent, to be bombarded with offers of exactly such tents the next time you visit eBay or Amazon. It is stupid for the companies that advertise banners on eBay and Amazon that those interested in the tent have either bought a tent or lost interest. Therefore, it is obvious that the data collector’s goal must and will be to define the data grid around the customer even more closely. “If people suddenly no longer fill up their cars, but only refill their cars for 30 or 50 euros, that could mean that they are feeling clammy. In social media, it is then checked whether the lifestyle still fits the income “.

The British Shop Direct Group, for example, is extremely successful with the intelligent linking of all marketing channels. The former classic catalog provider is now England’s leading online mail-order company. The supplier of fashion, lifestyle, and electronic products now generates 75 percent of online sales. Shop Direct Group no longer works with faceless mass emails to address customers. The online retailer sends out individualized speeches. The success speaks for itself: Shop Direct Group generated 28 percent additional sales for each mail sent. So it works.

Intelligent Use Of Data Can Even Win Back Customers

Through intelligent use of their customer data, the British online retailer is even able to win back those customers who would have been lost forever without further interaction. If, for example, a visitor to the online shop cancels his order due to technical problems, the data analysis software automatically triggers several actions: Shop Direct identifies the visitor, apologizes by email, and informs him when the cause of the malfunction has been eliminated. The company tries to encourage people to buy again with pictures of the corresponding item in a second email. Similarly, if there is a shortage of goods, Shop Direct informs customers about when the item will be available again and which products may still be of interest to them.

Thanks To Geolocation On The Smartphone, Individual Advertising Also In The Branch On Site

Of course, the whole thing still has various escalation levels because normal branch stores are still the central point of sale. Around 90 percent of all goods transactions take place in traditional local shops. But for that, there is the geolocation of the smartphone, which is now pretty accurate. So precisely, in any case, that it is possible to identify and localize smartphones in the store using what is known as “Temporary Mobile Subscriber Identity” (TMSI) – those interested in the exact procedure can be explained by Teradata. This shows which store visitors spend the most time in and which product groups they pay the most attention to. Intelligently evaluated, this anonymous spying of the location data enables addressing potential customers with individual offers on their smartphone as soon as the next venture into the vicinity of the branch.

But one thing is also clear to Teradata’s big data prophets: It is only possible with a high degree of transparency. “Companies make a mistake if they don’t tell their customers what data they have saved about them.” The main problem is that there is now an abundance of data. Smartphones, cars, clothes – everyone’s environment is crammed with chips that produce data. And then there are the social networks like Facebook and all the other data octopuses like eBay and Google. So it is hardly surprising that 65 percent of Germany’s marketing experts are convinced the importance of data will increase significantly.

Smartphone Geolocation As An Early Warning System For Traffic Jams

The use of data that is generated anyway, such as geolocation on the smartphone, can also really make sense: for example, road traffic, more precisely, traffic collapse. The geolocation can serve as an early warning system. Modern navigation systems show traffic jams in real-time when 100 smartphones suddenly stop moving on a motorway. “Traffic forecasts are much more precise today. That saves time and carbon dioxide emissions. And the more people use smartphones, the greater this savings effect”.

Chui sees even more potential in the healthcare sector through intelligent data analysis and use. This is where mobile surveillance can be a very effective early warning. “It is important that people stay healthy by being made aware of any emerging diseases at an early stage.” The energy industry also handles big data. Siemens and Teradata and Eon, and Ericsson have joined forces to finally create the intelligent power grid through sensors and intelligent electricity meters. “This is the only way to balance the production and consumption of electricity.”

The insurance industry provides curious but also impressive examples of the success of data collection, analysis, and intelligent linking. Data scientists from all over the world competed to get the most out of the data in a car insurance company.

Lo and behold: you have found out that drivers with orange cars cause the fewest accidents. So please pay attention to a nice orange when buying your next vehicle, so you can successfully lower your damage-free class and keep it permanently low. “The teams have increased the probability of an accident step by step by 340 percent”. The information technology professor from Boston paints a strangely bleak future. “We are entering an era in which privacy is disappearing completely.” “Properties such as intelligence or political attitudes can be identified with remarkable precision.” Researchers at Cambridge University in the UK could extract a lot from the clicks with great accuracy simply by evaluating the famous “Like” button on Facebook. The hit rate for skin color is an incredible 95 percent, while the British find out 93 percent of gender. Sexual orientation ranks 88, political inclination 85, religion 83 percent. The British still reveal 73 percent of smokers and 70 percent of alcoholics.

Anonymous Does Not Remain Anonymous

So today, it is no longer a problem to create very detailed profiles of people from the immense flood of data. Many may be reassured that the companies keep pointing out that they ultimately collect their data anonymously and cannot be assigned to a specific person. The Boston information technology professor refers these assurances to the realm of fable. “If two data sources are merged, anonymized data can suddenly be assigned to people,” the scientist observed. Now count for yourself the number of possible data sources that you voluntarily or involuntarily let gush out every day. You will be amazed how many there are.

ALSO READ: You Should Know These 2022 Tech Trends