A Single-Pixel Makes The Difference: How AI Can Save Lives 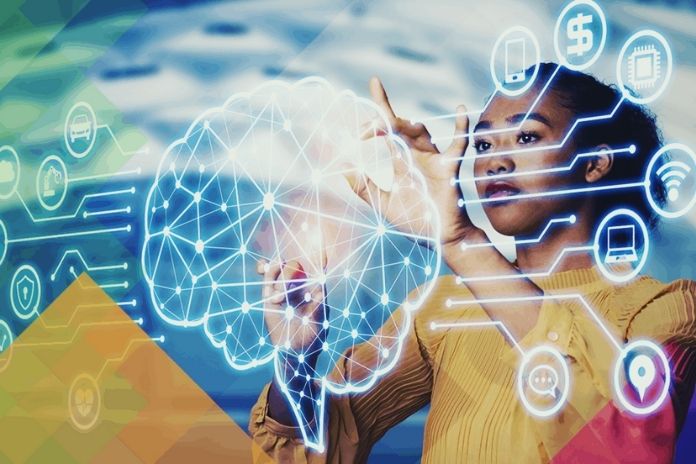 Single-Pixel- The reliability, i.e., the accuracy and reliability, is decisive in the diagnosis. Take skin cancer, for example: If a melanoma is not recognized as such during a medical examination but is mistaken for a harmless birthmark, this can have fatal consequences. This happens again and again in practice. According to studies, two pathologists come to different conclusions 26 percent of the time when deciding whether a skin discoloration is a benign birthmark or a malignant melanoma. Can a computer program help increase the accuracy of the diagnosis?

A study by the National Center for Tumor Diseases (NTC) in Heidelberg suggests this conclusion. The researchers fed an AI with 595 image sections of birthmarks and melanomas. Then the program should decide what about 100 unknown samples are. In some cases, Artificial Intelligence got it wrong as often as humans. But overall, the computer made more correct decisions than the pathologists – and at an enormous speed: the system needed less than a second for its result.

The computer scientist draws pictures in the air with her hands while explaining how it works. She taps small dots with her fingers when she talks about image pixels and indicates a large circle when it comes to computed tomography: “A CT image is not just a sample, it consists of hundreds of thousands or millions of pixels. And every pixel provides information. That means that the data density is particularly high for images.” In other words: just a few images can make AI more intelligent. Using the example of skin cancer, the program compares certain patterns and color deviations on the pixel level and learns to interpret them. The more images the AI ​​has to reach, the faster it develops and the safer it becomes.

The researchers at the Helmholtz Center receive the anonymized patient images for the AI ​​from clinics with which they work. “Of course, people diagnosed with a disease often have other things in mind than making their data available to researchers.” Particularly valuable for the predictive capabilities of AI diagnostic instruments are a series of images of initially healthy people. “We are working with data from studies in which people have participated, in which cancer cells only develop over time. This helps to improve the predictive capabilities of the AI significantly,”.

To sharpen this forecasting ability even further, she and her team also use deep learning methods. Deep learning is a sub-area of ​​machine learning and, in some ways, mimics the human brain’s functionality. If we humans learn, then we need experience as a basis. The more occasions we have, the better our learning behavior works. The brain continues to transform itself during learning, and new synapse connections are created between the neurons. Deep learning works similarly with a computer program based on an artificial neural network. This, in turn, consists of three different types of nodes, each of which fulfills special tasks: The input neurons receive information from the outside world, for example, image information. The hidden neurons that are arranged in several layers or layers process this information. The result then arrives at the output neurons.

Each input neuron corresponds to a specific piece of information, such as a special color in an image. If an input neuron is triggered, the data is passed on to the hidden neurons via links. The system cannot yet clearly assign the information at this point. Only when passing through the hidden layer does the data become more precise and clearer for the learning AI? Through this approach, Artificial Intelligence can enrich and link knowledge that has already been learned with new content. The machine can make its own decisions, question them repeatedly, check for correctness, and create new links. After all, human intervention is no longer necessary: ​​the machine learns by itself and can make forecasts.

“With the help of deep learning, we simulate very small nodules and train algorithms based on these augmented data sets so that we can recognize in real cases whether or not cancer tumors can result from them,”. research also focuses on lung cancer in addition to skin cancer specializes. Nodules are tiny nodules or tumors in the lungs that are completely harmless but can also develop into a potentially dangerous cancer. One and a half to two million people worldwide die of lung cancer every year. This type of cancer is often recognized late because it hardly causes symptoms in the early phase. Better early detection can save lives.

AI In Use In Standard Examinations

In many medical examinations, an AI could always run automatically by default and sound the alarm if there are signs of cancer. “If someone with a broken rib comes to the hospital and is examined on a CT, the AI ​​could simultaneously detect signs of life-threatening diseases,”. For her, it is less about pushing the limits of human life expectancy than about improving the quality of life for people. Because early detection of serious illnesses can prevent long and excruciating suffering. And: “Our research helps doctors to take more time for difficult cases. The standard 0815 claims are processed faster with the help of machine learning. This leaves more quality time for the patients and their relatives. “

Take prenatal care, for example: “You can automate a lot. We can relieve gynecologists, sonographers, and obstetricians of some of the work. For example, the AI ​​can already do the biometric measurement, calculate the head circumference and display the heart’s position. The doctors then have more time to talk to the expectant mother for clarification and complicated cases. “AI ​​is already very advanced in this area, ”. “Maybe there is a sonographer who can do it even better, but our algorithms are simply more accurate for standard tasks.”

“We Learn From The Doctors”

Without the human factor, however, it would not work out. “We’re never going to remove cardiologists, radiologists, or neurologists from the equation or replace them with AI. We learn from the doctors, and they learn with us.” Computer science helps navigate and is to be understood as support. “Let’s take autonomous driving. With spacers on the autobahn, the AI ​​can do this very well. But when things get tricky, when suddenly there is snow on the road, you need a human specialist who can intervene. “

Computer scientists know that some people are skeptical about AI in medicine. The question that hangs over digital development like an analog sword of Damocles: What if we rely too much on the machine? “In the end, the doctor bears the responsibility. Of course, you shouldn’t blindly rely on the results of algorithms. But AI helps make diagnostic procedures safer.” “Some are more conservative and have no interest in AI-based diagnostic instruments. Others see that this is a trend and want to join in because they are afraid of missing out. And then some doctors want to learn and develop it actively. “

Bringing Engineering And Medicine Together

During her previous professional position at King’s College in London, she, therefore, set up a graduate center for “Smart Medical Imaging.” “In London, medical students sat in my lecture and worked hand in hand with prospective engineers. A new generation of doctors is growing who want to understand how IT can help them. And vice versa, computer scientists learn from medicine. I want the universities to have stronger interdisciplinary programs so that both sides understand each other,”. Because AI will become an indispensable part of medicine in the future, “AI will not replace radiologists. But radiologists who don’t use them will eventually be replaced by those who use them. “

Working For The Military Was Not An Issue

Computer science became her specialty in medicine is no coincidence, but a conscious decision,. At the end of the 1980s, as a student at the TU Berlin, she attended a series of seminars on technical informatics and image processing in biomedicine. “I’ve always found it very appealing to work with images. You see the result and can visualize changes immediately,”. In times of the Cold War, which was particularly noticeable in Berlin, technical image processing was more of a topic known from military satellite reconnaissance. This could also have been an attractive career path for a budding computer scientist.