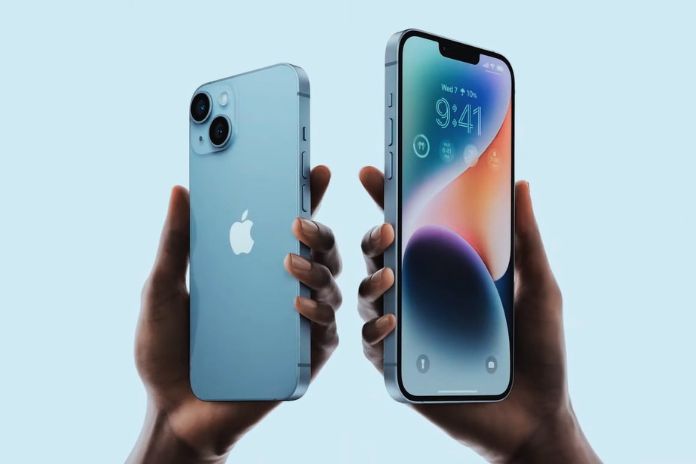 At a special event on September 7 from 7:00 p.m., Apple will present the new iPhone 14 series, among other things. We summarize the most important information and news.

Pricing And Availability For The iPhone 14 Pro

The new iPhone 14 Pro still has a day of battery life and costs $999. The Max model starts at $1099. There is also a one-terabyte storage option. Both go on pre-order on September 9 and ship on September 16.

New Camera Setup For The 14 Pro

The iPhone 14 Pro has a new 48-megapixel main camera. This aggregates four pixels into one large pixel (which has been happening on all Android phones for years). This should result in significantly sharper images, especially at night. The ultra-wide-angle sensor has also been revised. It still has a resolution of 12 megapixels but should let more light into the lens.

The iPhone 14 Pro Has A New Display And Chip

The iPhone 14 Pro also comes in a Max model. Inside is the new 4 nm A16 processor, which also powers a new always-on display. The display can get 1600 or 2000 nits bright.

The iPhone 14 Pro comes in gold, silver, black and dark purple. The device has a new cutout for the front camera. Apple calls the software integration for the recess “dynamic island.” Small notifications, such as connecting AirPods or the music in the background, are displayed there. Telephone calls are also placed there as soon as an app is exited.

It can be pre-ordered from September 12, and the standard model will be delivered on September 16. The Plus will wait until October 7.

The iPhone 14 has a built-in chip that can be used to make phone calls via satellite. But only in an emergency, as satellites are not designed for normal phone or SMS use. If an emergency arises, a message can be created based on a multiple choice selection. The function will be available for two years from November in the USA and Canada.

Now The New iPhones Are Coming

iPhone 14 and iPhone 14 Plus will be shown first. The regular iPhone has a 6.1-inch display, while the 14 Plus is a 6.7-inch device. The iPhone 14 keeps the A15 processor from last year, as does the 12-megapixel main camera. A larger lens should allow more light to be absorbed. This should have significantly improved night photos.

New: There is no longer room for a physical SIM card in the US. For customers, however, this is not yet an important function.

Here Are The New AirPods Pro

The new H2 chip is said to have improved the sound again. The same applies to active noise cancellation. Spatial Audio should now have a personalized mode. Battery life is now 6 hours, 30 hours with the new case. Speaking of the case, this now has a speaker, so it can be found quickly when looking for it. The new AirPods Pro costs $249. They can be pre-ordered on September 9 and will ship on September 23.

And Now For The Apple Watch Ultra

The last new watch to be announced was the Apple Watch Ultra. At 29 mm, it is considerably larger than the Series 8 and is aimed at extreme athletes. It has a second speaker, is only available in an LTE version, and is said to have a battery life of 36 hours. It should even be 60 hours in autumn when the energy-saving mode is activated. The watch face has a lot of information for mountaineers or outdoor sports enthusiasts.

In addition to the normal L1 standard, the GPS also supports the new L5 standard. Apple speaks of “the best GPS in a smartwatch.” This should be an advantage, especially for major events such as marathons. It is W100 water certified, so diving should not be a problem.

After the Apple Watch 3 is discontinued, the Apple Watch SE (2nd generation) will replace it. It has a 30 percent larger display and can also be used without an iPhone. Apple speaks of a watch for children. It costs $249 or $299 with LTE. It can also be presented today and will be delivered on September 16.

In addition, there will be three more models in stainless steel.

It costs $399 with GPS or $499 with LTE. Pre-order today, available September 16. Euro prices will only be announced after the event.

The Apple Watch Series 8 can use new sensors to detect a car accident and, in an emergency, calls the police and shares the location. According to Apple, the battery life remains 18 hours, and an energy-saving mode should last up to 36 hours.

The Apple Watch Series 8 Is Here

The new Apple Watch Series 8 has been announced. The bezels are a bit thinner, which still supports an always-on display. A temperature sensor was also installed. The menstrual meter has been given a few new functions. Above all, the accuracy should have been improved. This allows women to plan better when they have their periods.

The first products to be presented are the new Apple Watch models. In the stream, Apple customers read personal stories of how the Apple Watch saved users’ lives.

What To Expect From The iPhone 14?

According to media reports, Apple will no longer release a new mini iPhone. The sales figures were too low, especially focusing on portrait format in apps like Instagram. The Max model sold better. The insiders agree: A larger standard version will be presented soon.

The Pro models will get a new A16 chip and a 48-megapixel camera. It is rumored that the charging speed will be increased to 30 watts, and the front camera will be redesigned. As always, there will be new colors, and the prices are expected to rise sharply by around 100 euros per device.

It Starts In Half An Hour

Welcome to the “Far-Out” Apple event live ticker. According to media reports, the Cupertino-based group is planning some major new product announcements. In addition to four new iPhones (two normal models and two Pro models), there will also be three new smartwatches. A new SE model, a new Generation 8, and the first “Apple Watch Pro.” According to Bloomberg, a new generation of AirPods Pro headphones is also in the starting blocks. We’ll know more in half an hour.