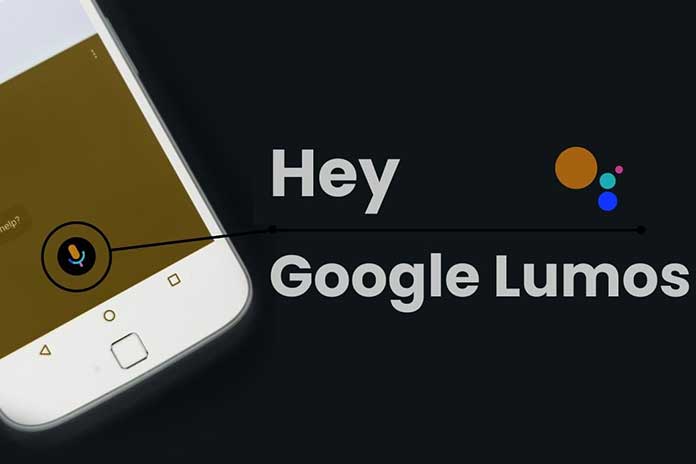 Google has produced new cool features for its users through Google Assistant. In January 2022, the news was spread on Twitter about the word ‘Lumos.’ iPhone and Android users revealed that speaking the spell ‘Lumos Maxima‘ to Siri and Ok Google switched on their smartphones’ flashlight. When they say the word, ‘Nox,’ the flashlight turns off. According to a few trusted sources, people say that Google launched the interesting Google Lumos feature to reckon the reunion of Harry Potter 20th Anniversary: Return to Hogwarts. Warner Bros and Google jointly designed the feature. To know more about the feature, Google Lumos read the article further.

What is ‘Ok Google Lumos Maxima’?

Lumos Maxima is a spell used in Harry Potter novels and films. When the magicians cast the spell ‘Lumos Maxima‘ on the wand, the tip of the wand would light up. The light is helpful for the magician to see in the dark.

Earlier in January, some people tweeted that saying ‘Lumos Maxima‘ to Siri would turn on the flashlight of the iPhone. Surprisingly, to turn it off, you should say the counter spell, ‘Nox’.

How to turn on your iPhone’s flashlight using the spell Lumos Maxima?

On the internet, many netizens have been searching for the excellent feature, Google Lumos. The Lumos feature is a surprising spell to hardcore fans of JK Rowling’s Harry Potter series and Fantastic Beast. You can use the Lumos spell on your smartphones to witness the magic. Google gives the experience of magic in the real world. Thousands of people are enjoying the Lumos feature on their smartphones and are hoping to have more. To know how to use the wizard spell or turn on your iPhone’s flashlight, follow the steps below.

Turn on or turn off the flashlight on your Android phones using the phrase, ‘Hey, Google Lumos‘ and ‘Nox,’ respectively.

The Google Lumos spell works on Android phones too. Android users have Google Assistant on their phones to help them experience the magic wizard spell Lumos Maxima. So to activate the spell on Android phones, follow the below steps.

Other interesting Google hacks that are designed based on the Hogwarts spells.

Along with the spell Lumos and Nox, there are other magic spells extracted from Hogwarts by Google. We will see a few of them in detail, starting with the famous Google Lumos. You can use these tricks just like a magician, even though you are not one.

If you set your home with Google Home smart assistant, you can use the Lumos trick to turn on the smart lights. You can experience the trick in a more versatile way.

To summon your Pizza – use the spell ‘Accio’

How exciting would it be if you used to summon your favorite Pizza by using a spell? The spell Accio is used to summon Pizza or other food items from food delivery agency services. By using Accio, you can order food from Postmates, Doordash, Grubhub, UberEats, and Seamless.

What happens on your Android phone when you say Lumos?

The flashlight is turned on when you open the Google Assistant on your Android phone and speak the word Lumos or Google Lumos.

How should I use the spell Google Lumos?

It is pretty simple and an easy trick to turn on the phone’s flashlight. Open Google Assistant on your Android phone and say Lumos or Lumos Maxima to turn on the flashlight and the counter spell Nox to turn it off.

Is the Lumos spell applicable on iPhone?

Yes! Tap Siri on your iPhone and say Lumos to see if your flashlight gets turned on.

What should I say to Siri to turn on the flashlight?

Tap Siri and say the magic spell of Hogwarts, ‘Lumos,’ to turn on the flashlight. To turn it off, speak the counter spell, ‘Nox.’

Google has many exciting hacks and tricks that are worth trying. Google Lumos and Nox are two funny tricks to turn on and off your smartphone’s flashlight, respectively. The Lumos spell works both on Android and iPhones.