How TSN Enables The Industrial IoT 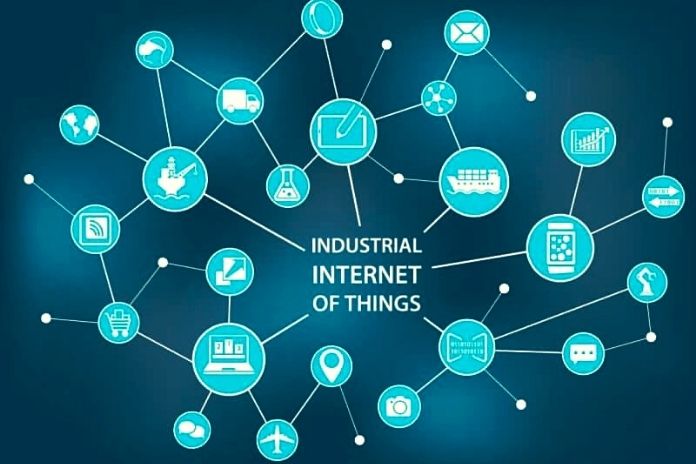 Network requirements vary from layer to layer. For example, without a well-defined and synchronized data transfer, it is impossible to know the outcome of a process or an operation on the assembly line at the right moment. The tools on the conveyor could be activated a moment too late or too early, which could cause damage to the production line or bring the production process to a complete standstill. Field-level communication networks (also known as Fieldbus networks) are used for time-sensitive data exchange between machines and controllers. Therefore, they are predictable and deterministic so that the system can work correctly.

On the other hand, applications such as Enterprise Resource Planning (ERP) are part of everyday office work. The ERP system is typically used for market analysis, customer service, commodity management, human resources management, business performance, and similar business-level activities that do not rely on real-time data exchange with the field devices. In this scenario, non-deterministic network behavior is acceptable since information is primarily valued for its content. In such networks (at the enterprise level), protocols such as TCP/IP are dominant.

These fundamental differences make implementing an integrated communications network challenging. In a typical industrial environment, the time-critical communication is separated from the rest of the network load (e.g., TCP/IP) by parallel networking, which increases the complexity of the network and, at the same time, reduces flexibility and expandability. However, full interconnectivity is one of the key requirements for the Industry 4.0 model.

In this model, the field equipment is brought online: intelligent production modules can be flexibly connected and networked, thus forming an industrial IoT. Thanks to the ability to exchange data in all directions and through the local automation cloud, the Industrial IoT enables full interoperability between the lower and upper communication layers, thus creating new possibilities for implementing more sophisticated and efficient automation.

The convergence of data from the factory floor to the enterprise level and the continuous exchange of real-time information enables the use of some new technologies. The tight integration of IT and OT areas avoids downtime through predictive maintenance and optimizing productivity through automatic forecasting and inventory management. However, such a technological symbiosis requires the standardization of network solutions that can support both time-sensitive and best-possible data traffic, with enough bandwidth to support ever-increasing data availability.

Researchers and automation designers have turned to Ethernet as an established, reliable, standardized wired network solution to standardize industrial automation networks. As an open standard, Ethernet offers several advantages over previous solutions: a standardized physical layer, increased speed, the ability to use ubiquitous Cat5/Cat6 cabling, and much more. The idea was to quickly connect industrial terminals and scale easily using relatively inexpensive hardware for data exchange. However, traditional Ethernet is not designed to support time-sensitive communications and does not offer deterministic behavior.

A traditional Ethernet network sends data packets on a best-effort basis with no guaranteed arrival time. In the early days of Ethernet, heavy traffic could cause collisions and frame drops. Over time, Quality of Service (quality of service) was introduced, allowing traffic to be prioritized. Although quality of service reduced frame drops caused by collisions, it could not guarantee the speed of data propagation through the network. The store-and-forward strategy used in traditional multi-port Ethernet switches, coupled with the inability to reserve data bandwidth for high-priority traffic, is one of the main reasons for the non-deterministic behavior of traditional Ethernet.

Without the ability to control timing or reserve bandwidth and with the ability to stagger packets, conventional Ethernet is unable to support the stringent real-time communication requirements in the OT domain. Researchers and developers began to work on their extensions to the Ethernet standard to overcome these disadvantages. They started using Ethernet as a transport medium for various Fieldbus protocols and implemented various modifications in the OSI layers.

These solutions led to exclusive use of the network infrastructure, which only allows TCP/IP traffic through tunneling (EtherCAT, POWERLINK), special side channels (Sercos III), or with time restrictions (Profinet IRT, EtherNet/IP). Such a variety of communication protocols reduced interoperability. Despite using a standardized physical layer, compatibility with IEEE 802.1 was completely broken, resulting in network fragmentation and the appearance of isolated network islands, each with proprietary network protocols. Additionally, these protocols required specialized networking hardware, further underscoring the lack of interoperability and flexibility.

The Time-Sensitive Network Is A Kind Of Toolbox

TSN represents a set of extensions and mechanisms (tools) of the IEEE 802.1 standard, specified by the IEEE 802.1 WG, and aims to improve Ethernet-based networks’ determinism. TSN is application-agnostic: different tools can be used depending on specific goals, such as audio-video bridging. The IEC/IEEE 60802 standardization group is currently developing a TSN profile for industrial automation (TSN-IA profile).

The main goal is to specify a standardized set of TSN tools for industrial automation implementation of concurrent network architecture. TSN aims to standardize functions at OSI Layer 2 so that different high-level protocols can share the same network infrastructure without relying on vendor-specific, incompatible, low-level implementations.

As an open and manufacturer-independent standard, TSN enables a high degree of interoperability between all communication domains within a production facility and thus eliminates the need to be tied to a specific manufacturer. Instead of investing in refining their incompatible Ethernet implementations, manufacturers are now competing to implement their protocols on top of TSN-enabled Ethernet. Many success stories demonstrate the feasibility of such solutions, such as EBV Elektronik, which had a TSN technology demonstrator with the NXP LS-1028A TSN switch implemented by Fraunhofer IOSB-INA.

The demonstrator used the TSN-optimized PROFINET protocol for communication between controllers and field devices (remote IO). The OPC UA protocol was used to network controllers with one another and network controllers and field devices with the internet/cloud. The mechanisms for time synchronization, preemption, and time-aware traffic shaping from the TSN toolbox were used. The demonstrator showed that real-time applications could be run parallel and robustly over the TSN-capable Ethernet network.

ALSO READ: The Role Of Business Intelligence In Multi-Cloud Environments