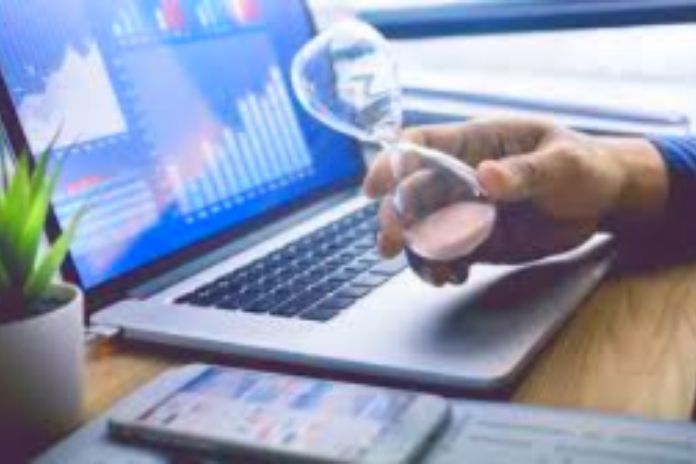 Notebooks for Programming: With the evolution of computers, notebooks are no longer synonymous with machines with simple configurations.

Today, several devices are dedicated to tasks that require a lot of hardware, such as games and video editing. Currently, using notebooks for the program is also a viable option, both for full developers and students in the area.

However, programming on a notebook requires some points of attention that may raise doubts in those thinking of venturing into the medium. Which brand to buy? What settings? Which operating system should I use? Check out the answers to these and other questions below.

What Are The Minimum Requirements For Notebooks For Programming?

Regardless of what the primary use of the computer will be, there are minimum requirements to be met so that it can perform its function well. When talking about notebooks, it is essential to remember that, unlike desktops, it will not be possible to make significant upgrades in configurations.

We list the minimum requirements in a notebook for programming but recommend investing in a more robust configuration for long-term use. See the minimum and recommended settings:

Processor: If the focus is programming for websites and the web in general, an eighth-generation i5 (or Ryzen 5) will do the trick. As for programming apps and programs, the i7 (or Ryzen 7) becomes a safer option, even more so for the long-term use mentioned above.

RAM: The recommended minimum is, without a doubt, 8 GB, but if you have the availability and have heavier uses in mind, 16 GB becomes a great option.

HD or SSD: Because they are faster, SSDs stand out as the right choice, with a recommended minimum of 256 GB. An SSD available only for the operating system and an HD between 500 GB and 1 TB for storing files is an excellent option to optimize the internal memory distribution.

Operating System: Although no system is “superior” to another, it is almost a consensus among programmers to prefer Linux when talking about programming, but it depends on each one, requiring a specific OS just for macOS development.

The Best Laptops For Programming

We open the list with a notebook that covers several needs at once, being an excellent cost-effective option and one of the best choices for programming students. Its configuration meets the minimum requirements mentioned, having 8 GB of RAM, a Ryzen 5 as a processor and HD and SSD as storage possibilities.

At the time of purchase, choosing which operating system you want is possible, although the IdeaPad 3 stands out among the best notebooks to program when using Linux. It features an ultra-thin design and a 15.6-inch screen.

The IdeaPad 3i is an alternative to the notebook above with a dedicated video card and an exemplary configuration. It keeps the same 256GB on the SSD and the same RAM but is expandable up to 20GB.

Its video card has 2GB of dedicated memory, and its processing is based on a 10th-generation i7. It has the same 15.6-inch screen, but its native operating system is Windows 11. It can also be considered a good value for money among the best notebooks for programming.

Serving similarly to the IdeaPad 3, the Samsung Book stands out as one of the best cost-effective Windows options for students. In addition to also having good settings among the minimum requirements, this second stands out for its 512 GB SSD.

The combination of its processor, an 11th generation i5 with 8 GB of RAM, allows the notebook to maintain high performance without spending so much energy, extending its battery. The Samsung Book has an option with a 256 GB SSD, a good alternative for being more affordable.

Among the best notebooks for programming, the Acer Aspire 5 stands out for its configuration that mixes performance, being above almost all the minimum requirements mentioned here, along with a dedicated video card, managing to unite these points in a not-so-expensive computer.

One of its differentials is its screen, which features Comfy View technology, which helps balance brightness and color levels. It is ideal for anyone who will spend long hours in front of a computer, such as a programmer. The Aspire 5 also has the option to choose the operating system at the time of purchase, between Windows and Linux.

Already having good options for Windows and Linux, we finished the list of best notebooks to program with two options for the macOS system. The MacBook Pro is the highest-performing option among MacBook’s. With one of Apple’s most advanced processors, it is the ideal choice for programming heavier applications and programs.

It has an active cooling system that, with its battery’s autonomy of more than 15 hours, allows it to operate for a long time without significant performance loss. However, it is to be expected that a computer with these configurations – and being from Apple – has a very steep cost.

Even in Apple products, we were able to point out cost-effective options. Although the MacBook Pro is the most complete and focused on high performance, the MacBook Air M1 has even greater battery life, exceeding 17 hours of use. Even with a dedicated cooling system, it can handle the temperature.

Interestingly, the MacBook Air features slightly superior graphics processing than the Pro and has a sum of components that make this model also able to last long hours of work. In addition to the already mentioned battery, the LED IPS screen has True Tone technology, which displays colors in natural tones according to the ambient light, making it not uncomfortable to spend long hours facing the screen.

In general, among the best notebooks to program in iOS, despite the MacBook Pro being the option with the most potent hardware, the Air is just a little behind, considering the abysmal difference between prices.