Voice – The User Interface Of The Future? 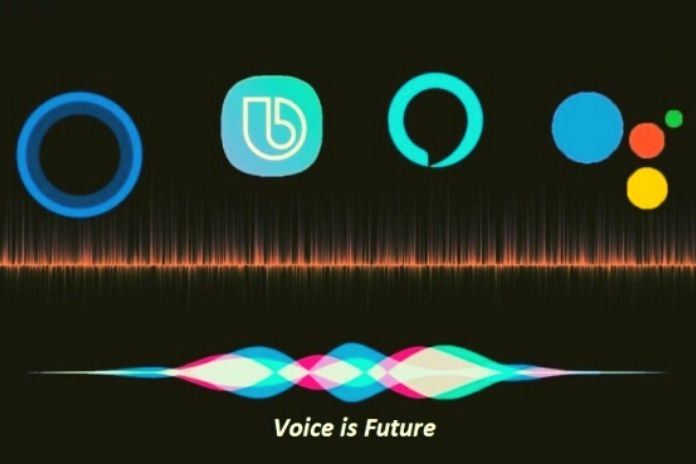 Voice- Regardless of whether Amazon, Apple, Google or Microsoft, each big tech giant wants a highly competitive market. The question arises as to whether we will still need physical input devices in the future to operate a computer or other electronic devices and what challenges voice assistance technology has to overcome for this.

A closer look at the development of user interfaces for computers and applications reveals that the operation of technical devices is increasingly being adapted to our human interaction. While computers were initially so abstract that experts could only operate them, this has changed by introducing compact PC systems and new input and output devices. The first computer mouse made desktop computers accessible to a much broader audience in 1968.

Voice- Language As The Next Level Of Operation

The current development of touchscreens goes one step further: They already respond to natural gestures such as typing or swiping. Isn’t it logical that language is the next step on the ladder to even more intuitive use and control of electronic devices and applications?

The result would be a mixture of augmented reality, gestures and voice commands that should help us control devices even more efficiently. The most critical challenges in language technology are discussed in more detail below.

Speak instead of entering the input into the device via the touchscreen – this is far more intuitive and usually faster for the consumer. However, it remains a balancing act that users have to accomplish: On the one hand, there is a great desire that the digital assistant offers real help and relief for everyday life – and for this, it must understand the user well. To ensure this, however, the user must disclose information about himself, which the voice assistant processes with the help of artificial intelligence to learn from it.

However, many users are reluctant to share this information, as they suspect security concerns with the voice assistants. This was confirmed by a study carried out by Nepal on behalf of Reichel Electronic in March 20191. Even among those who already use a voice assistant, 40 percent of those surveyed have security concerns – and 77 percent of them say that they are particularly concerned about the storage of their data. None of the current models is mature enough to address these concerns.

Alexa, Siri, Cortana – the best-known and most popular voice assistants all have female voices and are perceived as female. In their role as always patient, submissive helpers who unquestionably follow all orders, the outdated role models reinforce them – according to a recently published report by UNESCO. It is particularly precarious that the language assistants usually react indulgently or flirtatiously to sexual innuendos or insults.

Here it becomes clear that artificial intelligence is neutral but somewhat strongly influenced by the data it is trained with. Manufactured prejudices and discrimination are transferred to the digital helper. Manufacturers are therefore faced with the great challenge of breaking down existing gender biases in their systems to ensure equality and offer all users – regardless of gender – a good user experience.

Use In Public Places

Another difficulty that has not yet been fully discussed is using a linguistic user interface in public spaces such as trains or restaurants. In such a scenario, it is critical, for example, that bystanders could overhear the voice input. As a result, personal information would not only be passed on to the addressee but to everyone in the immediate vicinity.

Another point that plays a role in establishing language as an input mode is the aspect of noise pollution. For example, if an entire train compartment spoke loudly to its voice assistant instead of typing or swiping on a smartphone or tablet, there would be an immense increase in the noise level.

Speech Recognition Is Not Yet Perfect

Language development has improved many times over recent years, and manufacturers are continuously working feverishly to advance the technology. However, the recognition rate of the words is still not 100 percent. It becomes even more complicated if the person tries to speak to the voice assistant in a dialect. Consumers confirm this impression. A full 75 per cent of those surveyed state that they are not convinced that their input will be correctly understood.

They Were Mainly Used In Smart Homes And Cars

Even if the use of voice assistants as a user interface is predicted, there are still a few hurdles to overcome so that the user perceives this as a real asset. Nevertheless, the language systems are getting better and better and are conquering more and more areas of life.

A significant advantage over typing is that your hands are free. That is also why voice input has been mainly used in the innovative home area so far. Another area that is currently being conquered is the automobile. The advantage here is obvious: the driver can have the messages read out to him and operate the assistant with further spoken instructions – with his hands on the steering wheel.

From this, it can be concluded that voice assistants assert themselves wherever we are mostly busy with other things or need both hands for a particular activity. The operation of technology is almost a minor matter, but it is not expected that they will completely replace the smartphone shortly. However, they have the potential to change the way we use technology fundamentally.