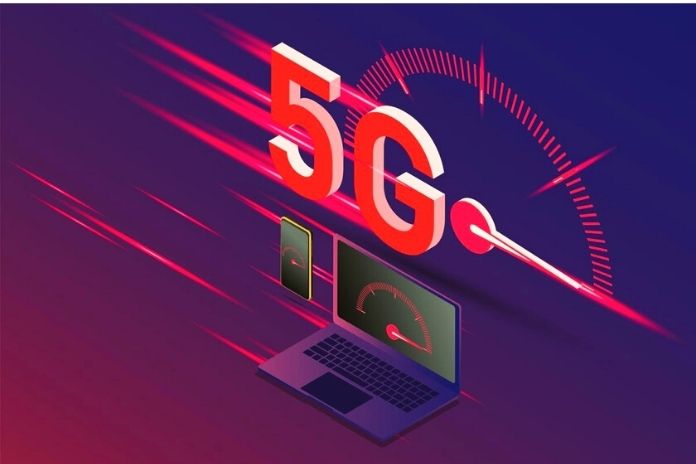 5G-ACIA: The smart factories of this world need one thing above all: a fast and stable internet connection. To this end, an international Industry 4.0 initiative wants to establish the 5G mobile communications standard in modern industry. But why should wireless networking of all things be safe?

In principle, the fourth industrial revolution is based on a high-performance and secure broadband network. In many production companies, however, this network does not exist at all or only partially. This is also due to the barely progressing fiber-optic expansion.

According to an analysis by the FTTH Council (Fiber To The Home) published in early 2018, Germany ranks 59th out of 63 countries in fiber optic expansion. This also has to do with providers like Deutsche Telekom wanting to use the existing copper cables for as long as possible because an investment in nationwide fiber-optic networks is associated with costs in the billions. Only metropolitan areas are partially already supplied with fiber optics and 4G networks. However, many medium-sized companies in rural areas have to develop tricks to make their broadband connection more efficient. Mobile communications are also being discussed more and more often as an alternative technology. After all, the radio cells can better cover larger areas. In terms of stability, too, a lot has changed since the fourth generation (4G) of mobile communications so that even complex networked systems – such as those needed in a smart factory – can be operated via mobile communications.

The new generation of 5G cellular communications, which is currently still in development, should have significantly shorter latency times and higher performance. Both are optimal properties for intelligent factories or logistics companies. In addition, 5G is being traded as the standard technology for autonomous driving. “The backbone of Industry 4.0 will be 5G. I am convinced of that.” At the same time, however, he criticizes that German politicians are not doing enough to invest in modern mobile communications infrastructures.

Next Auction For Mobile Radio Frequencies

The Federal Network Agency auctions several frequencies or frequency bands to German network providers at irregular intervals to expand the mobile network. To do this, however, you have to raise the necessary pocket money at the right time. At the auction in 2015, the three largest providers Vodafone, Deutsche Telekom, and Telefónica, spent billions of euros on various frequencies. The next auction, which primarily aims to expand 5G, is scheduled for early.

5G should be up to 100 times faster than the previous 4G networks and have very low latency times. In addition, 5G transmitters will be significantly smaller in structure and thus z. B. can also be attached to lanterns. The expansion of mobile communications is therefore important as an industrial location. However, the responsibility for this cannot only be shouldered by the local network operators. Therefore, an alliance of companies and research institutions has founded the 5G-ACIA initiative to integrate 5G technology in the industry.

The Goals Of The “5G-ACIA” Initiative

The fifth generation of mobile communications is on the march and is now used across the board as a central technology in the industry. At least that’s 5G-ACIA’s plan. The working group was founded in the Central Association of the German Electrical Industry (ZVEI) and introduced the 5G standard in industrial production worldwide. Despite or perhaps because of the sporting goal, several global players from the electrical engineering industry have already expressed interest. Some are already actively participating in the initiative. Representatives from the automation and manufacturing industry such as Audi and Bosch are represented and lead companies from information and communication technology such as Ericsson and Nokia.

China, Japan, Korea, the USA, and Europe: Over 30 members from different countries onboard 5G-ACIA. The initiative, which was founded in Germany, is intended to become the most important global forum for 5G in Industry 4.0. 5G should be successfully established in international industry and should also be designed for industrial use from the start. What that means exactly remains to be seen in the next few years.

However, it is already clear that 5G will play a decisive role in broadband supply – both in the private sector and for Industry 4.0 and the economy. For example, virtual jam sessions with 5G technology have already been successfully tested. Jazz musicians come together to make music together regardless of time and space. Thanks to real-time transmission, the jam session was successfully implemented at a simulated distance of 1,400 kilometers. Smart cities – for example, with sensors for finding a parking space or monitoring air quality – are also conceivable with 5G. In industry and logistics, autonomous vehicles controlled via cellular radio are already being tested for transport. Here, too, real-time transmission is crucial for security.

It is also interesting that, aside from Germany, which is at the bottom of the range in terms of broadband (compared to other industrialized nations), the USA also lags in 5G. China already has 350,000 new cell towers that support 5G. That is ten times the amount compared to the USA.