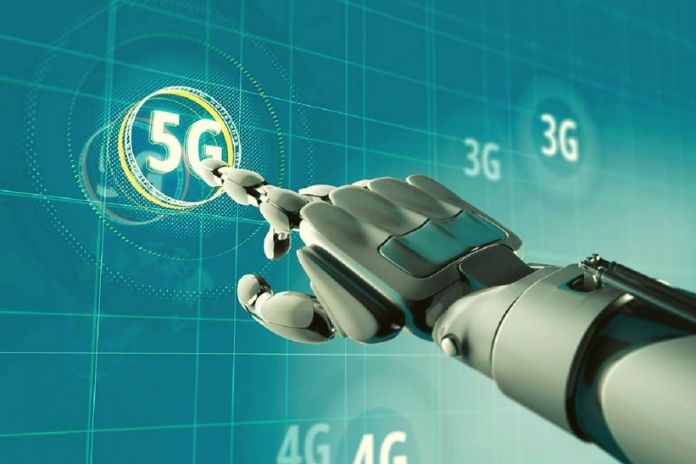 Fraunhofer researchers are working on the future cellular networks, which should go beyond the currently targeted 5G generation. In the EU project ARIADNE, high-frequency bands and artificial intelligence should help to improve radio connections further.

There is no question that modern cell phone standards are gaining in importance. Digitization is increasing all the time. It is therefore not only important to have good reception with the smartphone as widely as possible. Numerous apps make working life easier and often only work with access to a data cloud or the World Wide Web. The further development of Industry 4.0 also depends in part on the quality of the radio connections. 5th generation (5G) mobile communications are starting and are currently being expanded in many European countries. It will take some time before it is available everywhere in Germany. Nevertheless, it is already clear: 5G will not be enough in the long run.

Scientists at the Fraunhofer Institute for Applied Solid State Physics IAF in Freiburg participate in the EU project Artificial Intelligence Aided D-band Network for 5G Long Term Evolution (ARIADNE). Because they already know promising approaches to avoid problematic signal overlap. These should be further developed for a progressive system architecture: Beyond 5G, loosely translated as “beyond 5G”.

Telecommunications experts hope that 5G will significantly improve the mobile communications standard, especially through the high frequencies that lead to high transmission rates. However, the new technology is not without problems. In the Ariadne project, eleven European partners have come together to optimize 5G. To do this, they want to work with high-frequency bands and artificial intelligence.

Because a directional system is used for the high frequency, which usually requires a line of sight, called a Line-of-Sight (LOS). Sender and recipient must see each other, which cannot be guaranteed, especially in urban areas. The result is connection disruptions. The so-called extinction effect is to blame. This effect works as follows: A signal is transmitted via a line of sight and simultaneously copied via reflections. The copy superimposes the signal from the line of sight and deletes it. Accordingly, it does not go down well. The problem is known.

Are Frequencies In The D-Band The Solution?

The basis of reliable mobile radio communication, which is to be created within the framework of ARIADNE, could be frequencies in the D-band (130 to 174.8 gigahertz, GHz). According to the researchers, it is ideal for fast data traffic. However, since this band is divided into several sub-bands, it would be necessary to adapt the radio system architecture used, including the corresponding network control—the hardware components required for this area to be created in the project. In addition, scientists want to research meta-surfaces and use artificial intelligence or machine learning to develop suitable network control.

Fraunhofer IAF has experience with high-frequency electronics and is therefore working on new radio technologies for the D-band. “Our focus is on developing new radio modules with the highest spectral efficiency, which utilize the frequency diversity and offer a control interface for optimization in the network.” The Fraunhofer researchers would like to use their silicon development (20 nm InGaAs HEMT technology) for the first time.

Reflectors For A Secure Connection

So-called meta-surfaces are also being researched. These are adjustable reflectors for radio waves that are intended to solve network control problems in urban areas. Put, they should reflect the radio waves and thus guarantee their propagation, even if there is no line of sight. “The concept of meta-surfaces is already being partially implemented for 5G, but so far only for low frequencies. The higher the frequency of the radio link, the finer the surface microstructures have to be, and for frequencies in the D-band, the structures are very complex to manufacture”. The researchers are planning experiments with small meta-surfaces on antennas that pivot and focus beams (reflect arrays). They could be produced more cheaply.

Last but not least, artificial intelligence (AI) and machine learning should improve network management. The aim is to create a system that, on the one hand, identifies difficulties and reacts to them. On the other hand, it should even identify problems in advance and work around them.