AI Development: Dangers For Industry In The Race For The Top Position 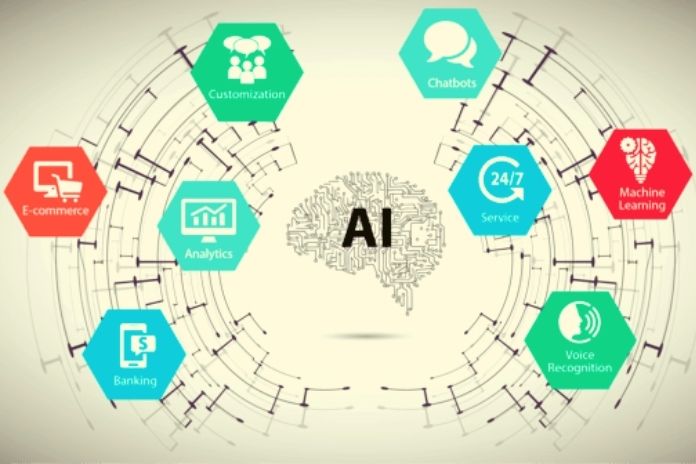 AI Development: That isn’t easy to judge. The question is: which race are you looking at? We are already in the third wave of digitization. We lost the first and second waves. Especially the financial sector, but also the media overslept. The current wave is now about B2B, factories, and the core industry. But we won’t be able to see the global winners for ten years at the earliest. So it’s too early to give up the race. It’s just beginning. And we’re not running a sprint. It’s a marathon.

industrial companies have now become vigilant concerning digitization. If this attention is now followed by consistent action, the fight for digital supremacy is far from over, despite all the prophecies of doom currently underway.

AI Development: “Data Is Power, As All Waves Of Digitization Have Showed”

Redesigning industries such as mechanical and plant engineering or agriculture is a long and very complex process. The critical question is who is learning the fastest. For me, it is not confident that Elon Musk has a quicker learning curve than industrial directors. Why? Quite simply: data is power, as all waves of digitization have shown. The data now accumulating in the IoT is many times larger than in the first two waves. And the question of who will have power over this data has not yet been answered. The producers have a good chance there.

Data is the fuel for AI. The most significant advance is where most of the data is located. This is how Amazon, Facebook, Google, and Alibaba grew up. But it has not yet been decided who will have the most data in the future – and here we are again at IoT. The companies are the rulers over the data of the machines. Here we see in the leadership group. Now it is essential to use the data and also to retain sovereignty. However, even more, critical and more critical is that industry must work together better, even across competitive borders. Everyone is too small.

But together, we’d probably be unbeatable. You need the critical mass of the data. A leadership role can still fail because too many companies look at their farm. Then the Chinese and Americans pull by. That danger is real.

Development Of AI: Where Are We Today?

We can see that doing a good job promoting science, including the federal government, despite all prophecies of doom. The huge problem, however, is how the research is put into practice. I doubt that everything is so goal-oriented at the moment. Things like tax support and financial aid also leave a lot to be desired. But that would be effective. Support for cooperation between industrial companies, including patents, data protection, and antitrust law, would also be desirable. There is still an imbalance compared to Google & Co.

Far better than you think. The central question is: What do you want to achieve with AI? The use of AI methods has already gained widespread acceptance, for example, in evaluating sensor data, image processing, and the adaptation of controls. The algorithms are becoming more and more extensive and clever. However, we are still miles away from how Hollywood sees AI. We won’t achieve that either. But that’s because we don’t even know how intelligence works. And as long as we do not know that, it cannot be transferred to machines. In this respect, technology is both overrated and underestimated. We are not yet on the Terminator, but we are already on ingenious, adaptable computer systems that seem intelligent – like the magician,

The truth is, of course, we see a lot of technological advances and results. But in a way, these are all just an echo of the 2012 revolution. The ImageNet Large Scale Visual Recognition Challenge was a real revolution in image recognition. A convolutional neural network designed by Alex Krizhevsky from the University of Toronto, called Alene, suddenly halved the previous error rate in visualizing images by a computer. But AI is not growing exponentially – yet. Even in the digital world, scientific progress is measured in decades. Much of the AI ​​technology used in commercial applications today originated in the 1970s and 1980s. Likewise, much of the research and techniques.

Create more standards, exchange data, and get even more involved with digitization. Because every company will become a software company. And there are already figureheads – many companies occupy top positions in digital transformation. Bosch, for example, is a leader in the field of IoT and data usage. Carl Zeiss is way ahead in digitization. They have set up the entire service digitally and are exporting it all over the world. BMW has also caught up tremendously in terms of internal systems and processes.

Even US companies turn to us and ask about our know-how. For example, in-service optimization and the development of new business models. And that’s not so easy with a pump or a forklift. We offer the appropriate platforms to make these things happen. The question is always: How do I have it dematerialized, i.e., digitized, without being directly capable.