Face ID With A Mask & More: iOS Update 15.4 Brings To iPhone And iPad 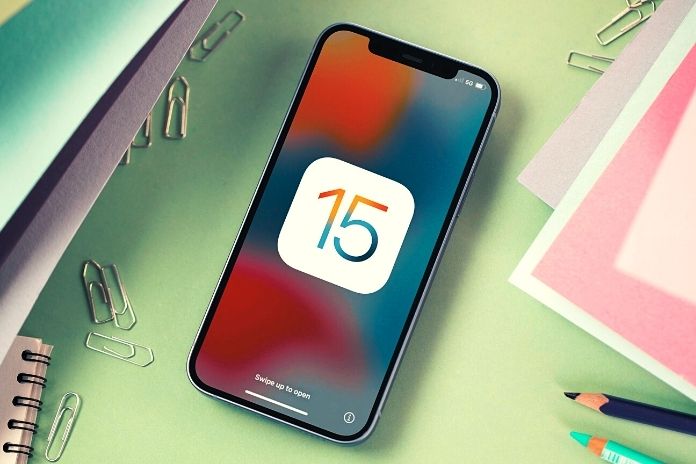 With iOS 15.4, a new update for iPhone and iPad has been available since March 14, 2022. Apple is adding some features, that have already been announced. In addition to some bug fixes, the new version also promises face recognition with a mask, new emojis, and the Universal Control function for the iPad.

The iOS update 15.4 for iPhones and iPads has been available since March 14, 2022. It is intended to fix some bugs, but it also brings improvements. With the fourth iOS 15, Apple is also adding long-announced functions.

In addition to face recognition with a mask, this includes the Universal Control function for iPads, new emojis, and the vaccination card in the Apple Wallet. iCloud users can also add notes to passwords in their keychains.

Face recognition with a mask is one of the most important innovations, which has already been hotly discussed in advance. Because iOS 15.4 allows the use of Face ID, even if users wear a mask. The iPhone recognizes faces with the new update even if the mouth and nose are covered.

The new feature affects both the unlocking function and the use of Apple Pay, and the authorization of apps and passwords. However, since face recognition with iOS 15.4 is based on an exact comparison of the eye area, a new face scan is required.

Universal Control: Simultaneous Use Of iPad And Mac

In addition to iOS 15.4 for the iPhone, Apple has released a new update for the iPad: iPadOS 15.4. One of the essential innovations here is undoubtedly the Universal Control function, which has been postponed several times. Although the feature is still in the beta phase, users with Universal Control can already use Mac and iPad simultaneously.

Using a trackpad or mouse, users can switch between the different devices and switch content back and forth using drag and drop. In addition to iPadOS 15.4, the version macOS Monterey 12.3 for the Mac is required. However, the Universal Control function is not yet available for the iPhone.

iOS 15.4: Proof Of Vaccination In The Wallet

Another new feature is saving vaccination records directly to the Apple wallet. The integration takes place via the Health application on the iPhone. Using a camera, users under iOS 15.4 can scan the QR codes of their vaccination certificates, which are then automatically added to Wallet and Health.

iPhones that are synced to an Apple Watch transfer the data automatically. As with the Corona-Warn-App or the ComPass-App, users who want to prove their vaccination status with the wallet must also present an ID document.

Users who save their passwords for various apps and services in the iCloud keychain will make notes there in the future. According to Apple, this should make it easier to organise passwords and find them again.

The company seems to be trying very hard to gradually create an alternative to third-party password managers with the keychain. iCloud email domains can also be configured with the iPhone. Within iCloud, Apple has also fixed some bugs when synchronising pictures and videos.

As with almost every update, Apple has also integrated new emojis in iOS 15.4. These include new faces, gestures, and items, among others. Overall, the latest software update from Apple has 37 new emojis on board. Many symbols are also available in different skin colours.

Apple also fixed some minor bugs with iOS 15.4. For example, the iPhone often automatically puts a period after some numbers. In addition, the emergency call and magnifying glass functions have been improved. The new iPhone update also fixes several security vulnerabilities, but Apple doesn’t provide details about them.

The new iOS update has been available for free download since March 14. The version can be downloaded via the device settings under “General” and “Software update.” The update is available for all devices already running iOS 15 – i.e., on all models from the iPhone 6S.

iPhone 11: What Was In That Apple Smartphone?

Apple Airpods Pro vs. Google Pixel Buds: Which Are Better?

Data Governance: Do You Rule The Data, Or Does The Data Lead You?

Here’s How You Can Delete Personal Information From Google Search

The Pillars Of Occupancy – Or: What Makes An IT Job Attractive?