HomeTECHNOLOGYInformation Warfare: How To Distinguish Reliably From Dubious Sources
TECHNOLOGY

Information Warfare: How To Distinguish Reliably From Dubious Sources 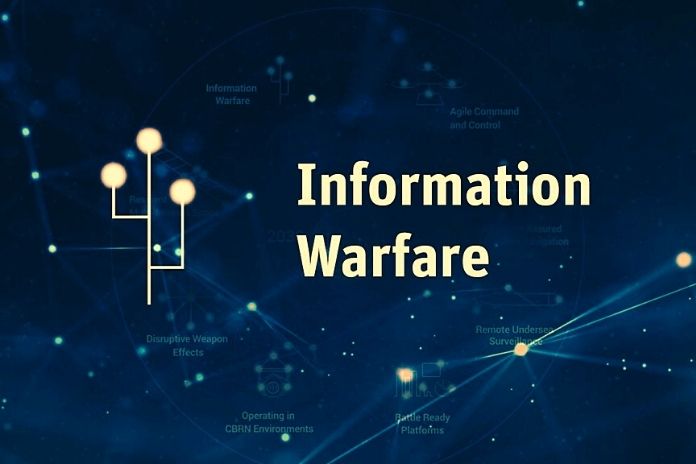 False information has probably existed since the beginning of human communication itself. But social media, in particular, is currently booming. This also applies to the Ukraine war. But how can fake news be distinguished from reliable information and sources?

False information often spreads very quickly on social media. In addition to trustworthy and severe information, many false claims and rumours are also circulating about the Ukraine war.

Whether pictures and videos of destroyed houses, injured people, or information on troop movements and military vehicles: the social networks are currently full of them. However, a lot of information cannot be verified, while others seem dubious.

But it is not always possible to see which content is serious and genuine at first glance. But what is essential to distinguish between war reports and authentic reports from misinformation or even war propaganda?

False information and rumours are now part of everyday life on social media. Especially in exceptional situations such as the COVID-19 pandemic or Ukraine, many false reports or misleading information are circulating.

Fake news is, strictly speaking, deliberately falsified or misleading information. However, since the expression is often misused as a political slogan, many experts prefer to talk about disinformation. Unconscious errors or inaccuracies do not fall under this definition.

That’s why fake news is so dangerous. And that is why it is essential to the first question and, if necessary, review information about exceptional situations such as the Ukraine war or the COVID-19 pandemic. There is no magic formula for this, but much fake news and misinformation can be checked and identified using tips.

Above all, the source plays a decisive role. The following six steps can help distinguish legitimate from dubious sources on social media and identify fake news.

Verification Badge: A Blue Tick Confirms The Authenticity Of Accounts

The source or the origin of the information is considered an important indicator of its authenticity or suspected false reports. Verified accounts with real names usually stand for the authenticity of a user.

Twitter and Facebook review such accounts, marking reputable brands, organisations, and public figures with a blue tick. Twitter also keeps the performances of numerous politicians with government responsibility with an additional reference to their affiliation.

For example, the platform marks the account of Federal Chancellor Olaf Scholz with the note: “Government representative from Germany.” Accounts that claim to be an institution or public figure but lack verification should be viewed with scepticism.

In the case of links to websites, it is also worth looking at the imprint. Missing addresses or email addresses can be an indication of a dubious site. If in doubt, it is also worth taking a closer look at the specified employers, organisations, or institutions.

Even unverified accounts can represent legitimate information. Other indications of whether a social media account is trustworthy can be the creation date, the number of followers, or the comments under individual posts.

The overall impression counts. For example, accounts created recently and had few followers should be questioned first. This is especially true when these accounts claim to be a public figure or belong to a particular organisation or medium.

A few theoretical or consistently tendentious contributions may also signify a dubious account. Any comments below the posts can be an additional clue. Users often point out fake news or misleading information.

True to the motto “Trust is good, control is better,” you should always try to find the source of claims or information in social media – especially when it comes to exceptional situations.

Rumours or posts without any indication of the source should always be viewed with scepticism, especially if the account may already appear dodgy.

Since quotes, images or videos are often taken out of context or manipulated. You should first try to identify their origin. The two-source principle can also be helpful here.

To check the content of social media posts on hot topics, scepticism is appropriate at first. It is worth trying to confirm or refute the statement, especially in the case of suspected sensational reports or dodgy information.

At first glance, that sounds more complicated than it is. It is often enough to check a report via a search engine by looking for further or similar information. If serious news sites have already reported it, it probably seems to be serious information.

If it is fake news or false information, there may already be a corresponding fact check that has checked or unmasked the report. For example, Google offers a particular search that you can use to check information.

The independent research centre Correctiv is also considered a trustworthy and reputable source. Social media posts and claims for which no other sources or reports exist should initially be treated with caution. Of course, independent journalists can also make mistakes.

What initially sounds banal is considered an essential criterion for not spreading fake news and misinformation unnecessarily. It repeatedly happens that relevant posts from disinformation websites or accounts are shared and liked before the users can deal with the content.

Studies on disinformation show that headlines and teasers are often abbreviated or misleading. This is especially true in social media since. Usually, only a fraction of the information is initially reproduced there. However, the actual contribution or shared link often illuminates even more differentiation.

However, since many users only get headlines and shortened posts, you should first read or look at the respective content in full before liking or sharing it.

The difference between false information and classic fake news often lies in the intention. While reputable and trustworthy sources and media admit and correct mistakes, manipulators often fail to make such differentiations – whether on a website or social media.

Inaccuracies or journalistic errors should therefore not automatically be called fake news. Instead, manipulators even exploit such false reports, which are usually unintentional, as part of their plan. However, such an approach is often based on pure speculation and tendentious discrediting.