Internet Explorer vs. Microsoft Edge: How Did Microsoft Browsers Differ? 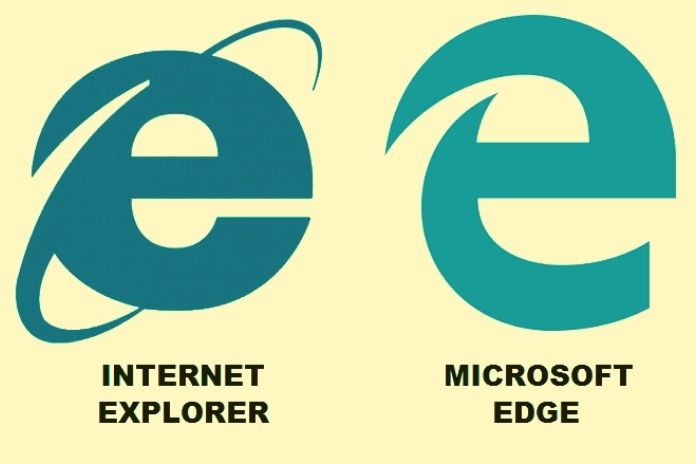 Microsoft Browsers: Internet Explorer was standard browser on Windows devices for 20 years. Microsoft Edge is official successor since 2015. But: how do the two Microsoft browsers differ from one another?

Microsoft Browsers: Microsoft Edge Is The Successor To Internet Explorer

Internet Explorer (IE) is probably one of the oldest and cruelest Internet inventions. From the introduction of version 1.0 as a paid extension for Windows 95 until its end in 2015, Internet Explorer was the standard browser on all Windows devices.

What Is The Difference Between Internet Explorer And Microsoft Edge?

This question can be answered in two different ways. First of all, let’s look at the (visible) effects on users: inside the Microsoft browser. In contrast to its predecessor, Microsoft Edge is significantly faster. The new Microsoft browser is also much more stable in addition to the better performance, which is mainly expressed in shorter loading times. There are fewer crashes and other problems.

This is mainly because the Edge browser no longer supports outdated web technologies such as Active X or VBScript. Microsoft Edge is, therefore, an excellent benefit for all Windows users in terms of user experience.

Microsoft Edge vs. Internet Explorer: What Are The Technical Differences?

The fundamental difference between Internet Explorer and Microsoft Edge is not visible but of a technical nature. Specifically, it is about the browser engine or the HTML rendering. It is about a software component responsible for ensuring that all HTML documents on a website are displayed quickly, beautifully, and correctly on the consumer’s screen.

While Microsoft relied on its own developed HTML rendering engine Trident for Internet Explorer, which has existed since 1997, Microsoft Edge relies on Google’s Chromium engine, which is also the basis of Chrome, Opera, Vivaldi, and Brave browsers. The majority of the source code is open source.

In 2015 Microsoft released the Edge browser to play a more significant role in the international browser market again – and it succeeded.

With 67.56 percent in September 2021, Google Chrome is unattainable in first place among the most successful browsers. However, Microsoft Edge is already in third place with 8.75 percent. The Microsoft browser has already left Firefox ( 7.93 percent ) behind. And Apple’s Safari browser ( 9.67 percent ) is within reach.

For comparison: Internet Explorer will still have a market share of 1.32 percent in autumn 2021. However, users should be careful. Microsoft has announced that there will be no more security updates for the browser veteran from June 2022.

Internet Explorer (IE) is probably one of the oldest and cruelest Internet inventions. From the introduction of version 1.0 as a paid extension for Windows 95 until its end in 2015, Internet Explorer was the standard browser on all Windows devices.

ALSO READ: Google Wants To Put An End To Cookie Tracking In 2022