IoT Operating Systems And How They “Catch Up” 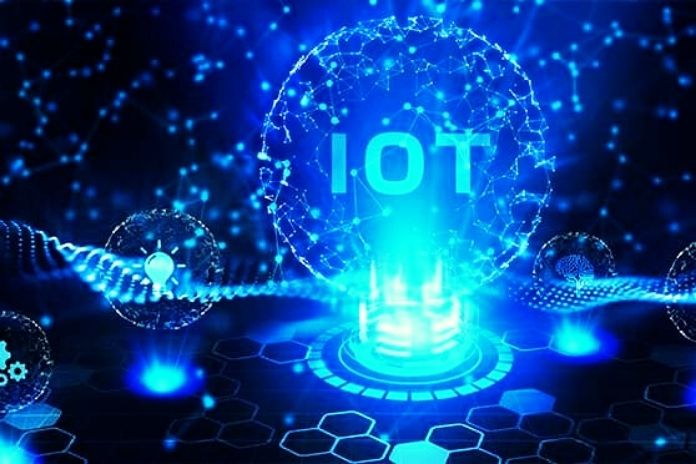 IoT operating systems have it all: They perform increasingly demanding tasks with the lowest system resources to “harvest” big data, from the sensors for analysis. They are the heart of edge intelligence. To enable the timely data collection and transmission of big data, an IoT operating system must equip the edge device in question with the necessary operational logic, so far so good. In the narrow space of rigid limitations of the required performance indicators, they have to work reliably – and without any dropouts (well, ideally).

The limitations range from the physical design to critical figures of energy consumption, processing capacity, available RAM and last but not least, connectivity, mind you in the context of the task at hand. IoT operating systems must be real-time capable (hence the term: RTOS for Real-Time Operating System) and make efficient use of the limited resources.

IoT operating systems use software stacks to record the required measured values, evaluate them and forward them. But that is not an end in itself. Thanks to the data from IoT endpoints, they create new possibilities for directly incorporating the physical world into a computer model. These models, the so-called digital twins, make it possible, among other things, to simulate and model processes to improve their efficiency. They allow physical reality to be monitored and procedures to be coordinated.

Digital twins are already being used in production or logistics. BMW used Nvidia’s Omniverse to capture an entire factory in a digital twin.

Big data from IoT can thereby help to improve the efficiency and accuracy of operational processes. Leading technology providers strive for AI-supported self-sufficiency for IoT endpoints and flirting with deep learning algorithms, if not directly on the end device, then at least close to the Edge. This category includes NVIDIA with Jetson Nano (see below).

With DRIVE OS, Nvidia has an IoT reference operating system for autonomous vehicles with the associated software stack in the quiver. It was designed to run DRIVE-AGX-based hardware and provides a secure execution environment for security-critical applications with secure boot, security services, firewall and over-the-air (OTA) updates.

This basic software stack for autonomous vehicles consists of an embedded real-time operating system (a so-called RTOS), the Nvidia Hypervisor, Nvidia CUDA libraries, Nvidia TensorRT and other components. All bundle components are optimized for direct access to the DRIVE-AGX hardware acceleration engines.

Nvidia DRIVE users include the crème de la crème of the automotive industry. Mercedes-Benz is currently using Nvidia’s DRIVE AGX Orin instead of Intel and Mobileye, as initially planned together with BMW (Nvidia has since been able to win BMW over to other IoT projects, especially in the areas of manufacturing and logistics).

The Volkswagen Group also relies on Nvidia but would like to take over the software stack and thankfully do without Nvidia’s hardware. Instead, VW wants to develop its chips for Nvidia’s IoT operating system and follow in Tesla’s footsteps. The controversial Californian car manufacturer initially relied on Nvidia’s standard hardware but now has its chip designs made for the DRIVE software stack.

FreeRTOS solves this problem elegantly. In addition to the kernel, the operating system includes numerous software libraries for various industries and application scenarios. These libraries can securely connect to the cloud or other edge devices. Inexpensive chips can collect sensor data at the network edge for evaluation in data centres in the cloud.

FreeRTOS is open source and freely accessible to all market participants. It was designed with reliability and ease of use and offered the predictability of long-term support releases.

Nvidia also relies on Linux in its in-house IoT platform Jetson. Developers and manufacturers obtain the IoT operating system pre-installed on hardware like the Jetson Nano system. The Jetson Nano is an embedded SoM (System on Module) and developer kit from the Nvidia Jetson family for use with computer vision and deep learning.

Nucleus RTOS combines low power consumption with deterministic performance. It is used in over three billion devices, primarily in markets with rigorous security requirements, including aerospace, industrial and medical.

Developers can leverage multi-core solutions across the spectrum of microcontroller and microprocessor SoCs in SMP and AMP configurations to integrate multiple operating systems.

The RTOS is characterized, among other things, by intelligent energy management. It offers dynamic voltage and frequency scaling (DVFS), deep sleep modes and power/clock gating (dynamic adjustment of the clock frequency in parts of the circuit). It also boasts lightweight memory partitioning capability, which improves system reliability regardless of memory protection.

Project Zephyr Of The Linux Foundation

Google also wanted to play IoT music of the future with its own IoT operating system called Android Things (formerly known as Brillo). Android Things runs on cheap, ultra-low-end IoT hardware. It comes with 32 to 64 MB of RAM, is characterized by low power consumption, and can still communicate with other connected devices in the immediate vicinity, including WiFi and Bluetooth.

With Android Things, Google wanted to remove as many obstacles as possible for IoT developers. Even an IoT app store was planned. But typical for Google: whether daring moonshots or market-ready solutions, the big red pen is always within reach. According to Google, Android Things is no longer accepting new projects and is finally scheduled to give up the ghost on January 5, 2022. Too bad.

However, there may be legitimate reasoning behind Google’s decision this time. Google has thrown its total weight behind Zephyr, a Linux Foundation project.

Project Zephyr is creating the “best RTOS of its kind for narrow gauge IoT devices”. Along with Facebook and Intel, Google is one of the platinum sponsors of the initiative (cost: 100,000 to 120,000 US dollars per year).

Zephyr sets new standards in terms of connectivity, among other things. It supports Bluetooth Low Energy, WiFi and 802.15.4, 6LoWPAN, Ethernet, USB, and even the CAN bus (Controller Area Network Bus) and can communicate over CoAP, IPv4, IPv6, CAN and Thread, among others. So far, there hasn’t been a word about expensive 5G mobile communications.

With Swarm Intelligence For Interoperability

IoT operating systems are only as good as their “swarm intelligence”, namely the ability of the relevant IoT end devices to “pull together” and orchestrate their activities together. This interoperability allows the use of specialized IoT device management software.

The race for the best IoT operating system and management platform is currently running in parallel but is likely to converge. The Edge, with its sensors, lives up to the beat of connectivity. Big data is allowed to flow back and forth.