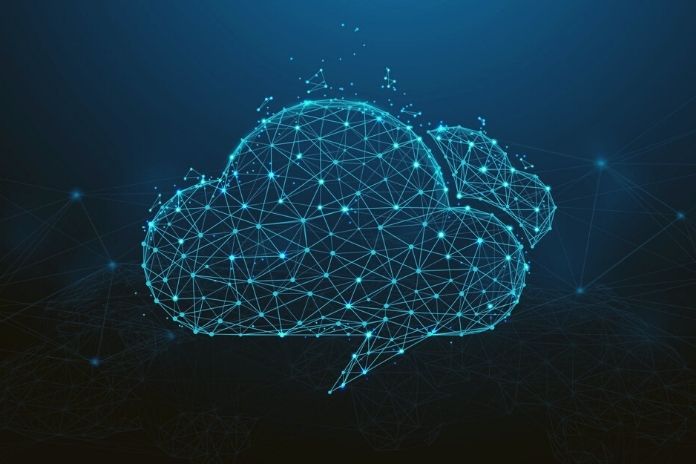 Cloud Provider: A new study by Thousand Eyes shows differences in terms of global network performance and connectivity. The new Cloud Performance Report aims to help IT managers make the right decisions when investing in the cloud. The Thousand Eyes platform can analyze how cloud providers and other third-party providers influence each other and thus affect the digital user experience. For research purposes, the platform was used to measure network performance in global and within cloud environments.

The results come from an analysis of more than 320 million data points collected in 98 global metropolitan areas over 30 days. Comprehensive methods for measuring end-to-end performance and data paths were used. The performance report can support companies in obtaining the relevant regional and cloud provider-specific information.

“When companies are faced with the decision of having to choose a suitable cloud provider, they usually have no data on the respective performance. The reason for this is that such information was never available or was only superficially available,”. “The Cloud Performance Report provides companies with matching comparative data. Comprehensive information on cloud performance is essential for planning and further action to ensure that customers and employees receive the best possible service. “

Cloud Performance Is Based On The Broadband ISP Used

The Great Firewall of China causes performance losses for all cloud providers. Although Alibaba has its origins in China, packet loss occurs when passing the Great Firewall of China – just like with all other cloud providers. This proves that Alibaba does not hold a particular position. Companies with customers in China who are reluctant to use a hosting environment in China due to strict data traffic and data protection regulations can consider Hong Kong as an option. Traffic from Hong Kong to China through Alibaba Cloud had the lowest packet loss, followed by Azure and IBM.

This Is How The Five Major Cloud Providers Perform

Last year’s Cloud Performance Report compared the three largest cloud providers with the highest market shares, i.e., AWS, Azure, and GCP. This year, Alibaba Cloud and IBM Cloud were added, so no comparative data is available for these services. There were clear differences between the individual cloud providers in terms of overall performance and connectivity. The following are the most important insights for the five major cloud providers:

AWS generally has low latency and has fared better overall compared to last year. The metrics for performance predictability have improved significantly, and there was also a sharp 42 percent decrease in variability in Asia. However, compared to Azure and Google Cloud Platform, AWS still has less predictability of performance because the provider largely uses the freely accessible Internet instead of its backbone.

Azure continues to impress with its very good network performance. This is due to using the company’s backbone, which is used for user data traffic in cloud hosting environments. When comparing 2018 and 2019 data, notable changes include a 50 percent improvement in performance predictability in Sydney, while India saw a 31 percent decrease in performance predictability. Despite a slight year-over-year decline, Azure continues to lead the way in predicting performance metrics in Asia compared to the other cloud providers.

Google Cloud continues to favor using its backbone for the provision of traffic in the cloud. Users benefit from strong performance in most hosting regions. However, the cloud provider still has significant gaps worldwide that have not been closed since the report was published last year. Traffic from Europe and Africa takes 2.5 to 3 times longer to get to India as data first travels around the world instead of a direct connection. Google Cloud also made the internal network less transparent, making it more difficult to analyze network paths and performance.

Alibaba Cloud offers similar performance compared to other providers. The provider is similar to AWS in connection patterns, region locations, and even how regions are named individually. Like AWS, Alibaba Cloud relies heavily on the freely accessible Internet for most of its data traffic and not its private backbone network. What is special here is that the data traffic between regions does not occur between individual branches of Alibaba Cloud but rather emerges from the internal cloud, crosses the Internet, and then re-enters the regional cloud network.

The performance of IBM Cloud is also comparable to that of other large cloud providers. IBM takes a hybrid approach to coordinating data traffic. The use of its private backbone and the freely accessible Internet varies depending on which regions the user is accessing.

“So far, most IT decision-makers have paid attention to factors such as price or proximity to the user when looking for the right cloud provider. The underlying network architecture was often completely disregarded, although it can have a significant impact on performance,”.

“The Cloud Performance Benchmark Report 2019 from Thousand Eyes shows how much the services of the best-known cloud service providers can differ. The insights prove that companies should continue to measure their network information and performance to ensure they get the performance from the cloud providers they expect. “

Discover The Advantages Of Cloud Storage

How To Make The Cloud A Partner For Your Business