Tape Storage Is Often Out Of Date: Flash-To-Flash-To-Cloud 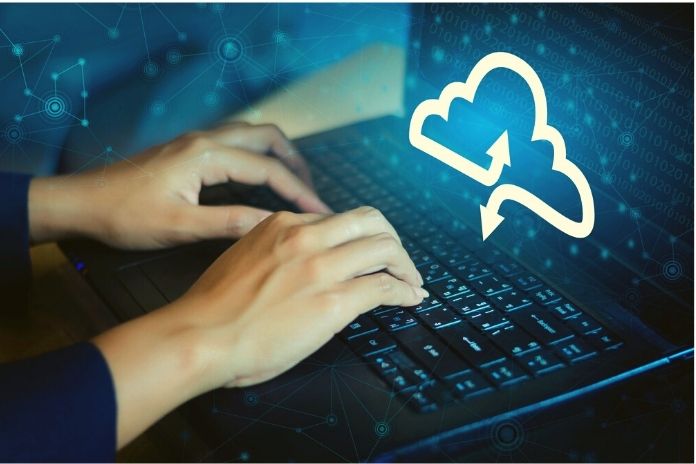 Tape Storage- Even if some industry representatives consider tape backup as the best precaution against ransomware attacks,. “The backup market is at a point where Flash and the cloud are transformative. Backup moves from inexpensive data protection to data availability. So far, however, backup has been one of the least strategic items in the IT budget,”. “Today, companies are increasingly using compelling flash-to-flash-to-cloud solutions specifically for backup applications. This may come as a surprise when you consider that up to now, high-performance flash storage mainly was reserved for demanding analysis workloads – such as data warehouses, data lakes, streaming analytics, and AI clusters. “

Tape Storage- Use Flash-To-Flash-To-Cloud For Backup?

Why are companies now using Flash as a backup medium? Do they need the power of Flash? And isn’t Flash too expensive to back up? It turns out that these companies weren’t using Flash for backup itself, but rather for recovery, to provide backup data for disaster recovery, test/development, and reuse in the cloud.

Over the past decade, the amount of data has grown from terabytes to petabytes and beyond. At the same time, the introduction of Flash poses new performance expectations for data centers. And finally, data is becoming increasingly essential and forms the basis for many modern companies. This combination led to the adoption of aggressive recovery time objectives (RTOs), previously restricted to the most critical workloads, becoming the new standard for most production workloads.

The result was that the backup and, more importantly, recovery SLAs could no longer be met. Today’s backup success rates are between 75 and 85 percent, and even if the backup is successful, 20 percent of restores do not match the business RTO. The disk-to-disk-to-tape backup architectures used up to now could no longer keep pace with the constant flow of data that they have to back up today. Simply scaling these old models temporarily allowed the problem to be postponed but did not solve the fundamental challenges.

Disk-To-Disk-To-Tape Has Had Its Day

Tape Storage- The backup architecture most organizations use includes both hard drives and tapes. With the disk-to-disk-to-tape backup strategy, a copy of the data is first stored on a disk-based backup appliance and then also stored on tape. “Hard disk copy provides better recovery performance than tape alone. Because hard drives are more expensive than tapes, backup appliances use deduplication to provide a relatively inexpensive disk-based backup solution. The disk-to-disk-to-tape approach enabled faster data recovery from the backup appliance and used tape for long-term retention,”.

D2D2T helped solve some of the management problems associated with tape storage. Administrators no longer had to search for tapes to perform a restore or worry about having a complete set. Because backup appliances use hard drives to store backups, they also improve recovery times, allowing terabyte-sized records to be recovered in hours.

The modernized disk-to-disk-to-tape backup is very extensive compared to previous methods. Still, it presents new challenges in the management and handling of backup appliances that are not as scalable. If a device is complete, another must always be purchased. However, each machine that is added creates a new deduplication and management zone, creating inefficiencies.

Tape Storage- Also, while faster than tape storage, most backup appliances are inefficient at restoring data. They are designed to ingest backup data as quickly as possible while recovery performance is secondary. For the fastest possible recovery, data should be provisioned as soon as the primary storage can consume. When the appliance’s hard drives fill up, recovery can become even slower, making it difficult to run an efficient system.

Why Flash-To-Flash-To-Cloud Is Replacing Hard Drives

Flash offers increased performance over hard drives for backups and restores. Flash backups can also allow more concurrent server backups for better utilization of the same size. Coupling flash and data reduction results in a high level of economy and excellent recovery performance. The backup model of the future is, therefore, flash-to-flash-to-cloud.

“Designed for ultra-fast backups, next-generation flash platforms are designed for bandwidth and provide unparalleled performance for a wide variety of workloads, including backup and fast recovery. Top models deliver a maximum backup performance of 90 TB / h and three times higher recovery performance compared to conventional solutions at 75 GB / s, and that in just 20 rack units,”. “Ideally, snapshots are backed up directly to flash storage, where they can be held and used for quick recovery using a portable snapshot that encapsulates the snapshot’s metadata in the snapshot.”

Leading manufacturers have now developed rapid restore solutions that support all major databases and solutions from traditional and newer data backup providers. Rapid Restore describes a collection of over ten different backup/recovery use cases, and the list is growing all the time. Above all, the rapid restore solutions for databases are fast. A single flash storage system can support a 15TB / h backup rate and almost 50TB / h restore rate. With a data reduction of nearly 3: 1 on an Oracle RMAN backup, database administrators can restore their database in minutes and hours instead of days.

“We now also offer solutions for using flash memory as a target for traditional data protection software to achieve improved performance in a smaller space,”. “By adding features such as deduplication, replication, and cloud tiering to the built-in compression capabilities, users can optimize their backup infrastructures for performance, capacity, and resilience.”

However, there is another part of the backup problem. Even if flash memory is used to provide rapid restore functions, large amounts of data must still be stored outside the company for archiving and compliance purposes. Tape is still used for this in many places, which is not only complex and slow. The real disadvantage of tape storage is that the data is locked away somewhere offline – and does not generate any value for the company. “The answer is to permanently replace tape storage with inexpensive cloud object storage like Amazon S3. The new backup model is called Flash-to-Flash-to-Cloud (F2F2C)”, Grau is convinced.

The backup market is currently at a tipping point where Flash and cloud play a transformative role. When backup data is transferred to the cloud, it can be reused for migration, development/testing, analysis, etc. Backup is no longer just about storing data and minimizing the cost of a good copy. It’s about flexible backups, quick restores, and most importantly, making valuable data available for other applications like test/dev and analytics that add business value.