HomeTECHNOLOGYDigital Twin - Where The Industrial Site Of The Future Has Already...
TECHNOLOGY 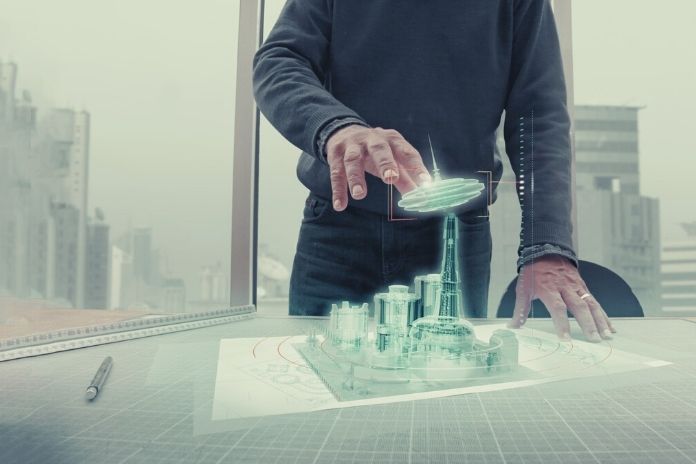 One thing definitely shouldn’t be industrial sites – and that’s a piñata full of surprises. The Austrian steel and technology group, Voestalpine shows how this problem can be avoided with the help of a digital twin.

To meet the market’s demands, the expansion, conversion, and renewal of machines and the associated buildings are unavoidable for manufacturing companies. The construction of an industrial site is never finished. Instead, it is in constant flux, with construction sites being part of the daily routine. However, it is not always easy to reconcile this with the different land uses and existing supply networks – and in the worst case can even lead to a waste of scarce resources.

One industrial location that has already found a suitable solution for this problem is the Austrian steel and technology group Voestalpine. Work has been going on here since 2007 to create a digital twin of the site. Today, this model helps the company keep an eye on everything necessary so that no pipeline is overlooked during construction work, for example. It also offers those responsible for the better organization of maintenance, conversion, and demolition plans, thereby saving time and money.

Location Intelligence As The Basis Of The Digital Twin

The Voestalpine site extends over five square kilometers, making it the largest production site in Austria. Despite this – or perhaps because of this – one or two challenges had to be overcome to create the digital twin. Some parts of the industrial site are more than 80 years old, so not all the data was available in processed form. As far as further expansion is concerned, the premises are also minimal since the Danube runs to the east and the Traun River to the south. The chemical park in the north and the city of Linz in the west also do not allow for any further expansion. Growing taller also comes with numerous limitations. There are many unique requirements.

This is where location intelligence comes into play: Because if a manufacturing company is not clear about the sometimes minimal elements of its premises, it will find it extremely difficult to keep an eye on all levels and their interrelationships and, at the same time, always the safety-relevant and legal ones comply with applicable regulations. To remain innovative and able to plan and thus remain competitive in the future is essential.

The steel and technology group decided to create a 3D model of its entire site to function smoothly in practice. Within various virtual layers, this included, among other things, the visual representation of the 130-kilometer-long rail network as well as the pipelines laid over a total length of around 500 kilometers. However, as on any other industrial site, the latter is not about small water or gas pipes. Instead, the diameter of the pipes up to four meters transport over 30 different media from A to B and thus form the lifeline for many systems. When planning a construction site, not knowing exactly where these are going could have fatal consequences. For example, if such a line is drilled into, this entails an additional necessary repair and could even lead to contamination by toxic substances. In the digital twin of the Voestalpine site, all of these pipelines are recorded below and above ground. They can be taken into account to the necessary extent in every planning process.

The information generated on-site and visualized in the 3D model in near real-time can also help make better decisions when investing in new transport vehicles. Since the relevant production and transport routes can be modeled here, it can be checked in advance whether, for example, the height of the hall door is sufficient and whether there is enough space to turn around. The same applies to maintenance and repairs, which can be easily understood using the example of lay defibrillators. On the one hand, according to the regulations, these must be accessible throughout the site. On the other hand, it is essential to test these regularly to work correctly in an emergency. With the help of the Digital Twin, both are made much easier for the factory rescue service, as they can see here which lay defibrillators will soon be due for maintenance and where the exact location is. The employees responsible also can directly access the correct documentation for each device via an interface. So it can easily be supplemented or renewed.

An Investment In The Future

But what the digital twin does on-site for the steel and technology group Voestalpine goes quite a bit further: While it also allows external service providers to find their way around the vast site, this function is already being used by around 4,000 employees – among other things, to see the location and current opening hours of canteens and shops.

The next step is already planned for the future. Soon, additional sensor data will be included in the model and create even more transparency about the current situation on the site. As a result, Austria’s most significant industrial site is already equipped to meet the requirements it will have to deal with in the future.

ALSO READ: Data Governance: Do You Rule The Data, Or Does The Data Lead You?