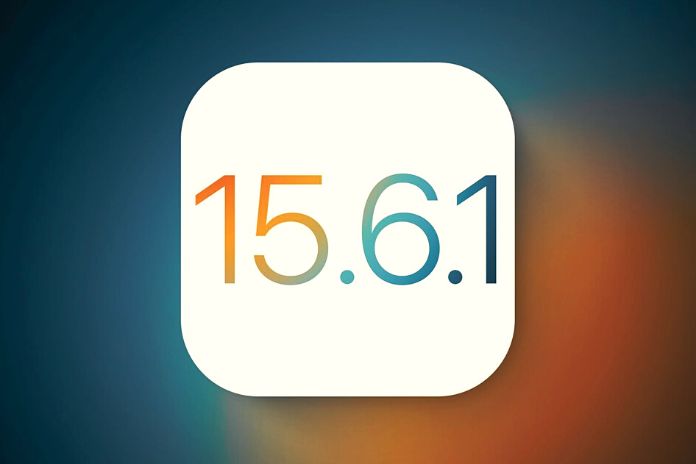 Shortly before iOS 16, Apple surprisingly released an out-of-order update with iOS 15.6.1. This is because of two security gaps, that Apple says “anonymous researchers” have discovered.

According to Apple, the unexpected update is information from anonymous researchers who drew attention to two security gaps. Accordingly, the US group has received reports that suggest that unknown vulnerabilities in the kernel and the WebKit of the operating system could have been exploited.

While the kernel is supposed to ensure a smooth process and data organization in the system, WebKit forms the basis for the Apple browser Safari. According to the clues, a vulnerability in the kernel would have ensured that a code released certain rights for intruders.

A vulnerability in WebKit could also have caused compromised websites to run malicious code on affected devices. So far, it is unclear whether and who exactly was able to exploit the security gaps. Apple also did not provide information on whether older iOS versions are affected. However, the US group advises the update.

iOS 16 Is In The Starting Blocks

iOS 15.6.1 and iOS 15.6.1 appear to be significant security updates. With iOS 16, a complete version is in the starting blocks. In addition to numerous new functions, the update also promises some design adjustments.

iOS 16 is currently in the testing phase. However, Apple announced a fall release. A possible date could be the Apple keynotes in autumn 2022.

iOS 15.6.1 has been available for free download since August 17, 2022. By default, Apple recommends a timely installation. The version can be downloaded via the device settings under “General” and “Software update.” The update supports all devices already running iOS 15 – i.e., all models from the iPhone 6S onwards.