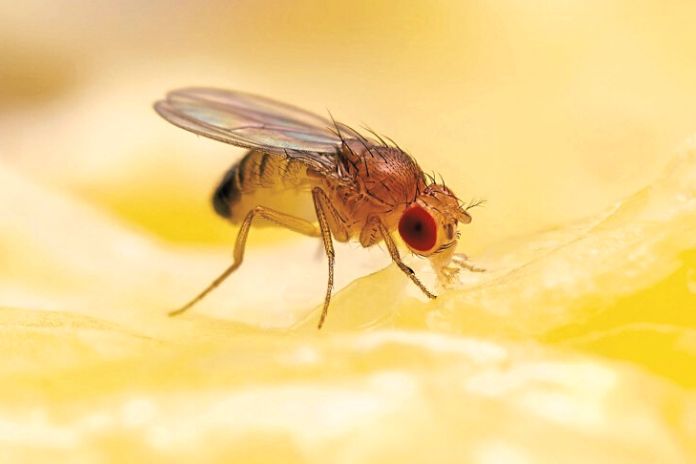 Researchers at Rice University in Texas, USA, have succeeded for the first time in hacking the brain of a fruit fly. She could then even control the fly’s behaviour using a magnetic field. In many respects, the brain is still considered a black box. Although we know the basic functionality, it is still unclear how electrical or chemical signals influence our thoughts and actions.

Researchers at Rice University have now demonstrated that one of our most important organs can be manipulated quickly. To do this, the scientists controlled the brain of a fruit fly, which was observed in a special box.

The housing, in turn, consists of various coils, creating an electromagnetic field around the fly. For example, when the researchers activated the magnetic field, the fruit fly spread its wings.

But how does it all work? The scientists modified the fly at the genetic level for the experiment to release a heat-sensitive ion channel in its brain. If this channel heats up, various reactions occur. But how do you heat a brain canal with a magnetic field?

An iron oxide nanoparticle solution was used for this purpose. The researchers injected these into the animal before the experiment. Once the desired location arrives, all that is needed is a magnetic impulse to heat the solution. And that brings us to the box that can generate this magnetic field, as mentioned earlier.

Many Positive And Negative Application Scenarios Are Conceivable

The possible uses are diverse. The researchers say that they can use the results optimally in research into neurotechnology. With this precise technology, neurological diseases could be identified quickly and treated optimally.

The military, in turn, pursues its interests. Because here we are talking about a headset that is supposed to measure and copy our brain activity. The copy could then be played into another brain. This should create a communication channel based on the exchange of ideas.