HomeTECHNOLOGYThis Solar Car Charges Itself When Parked - And Is Affordable
TECHNOLOGY

This Solar Car Charges Itself When Parked – And Is Affordable 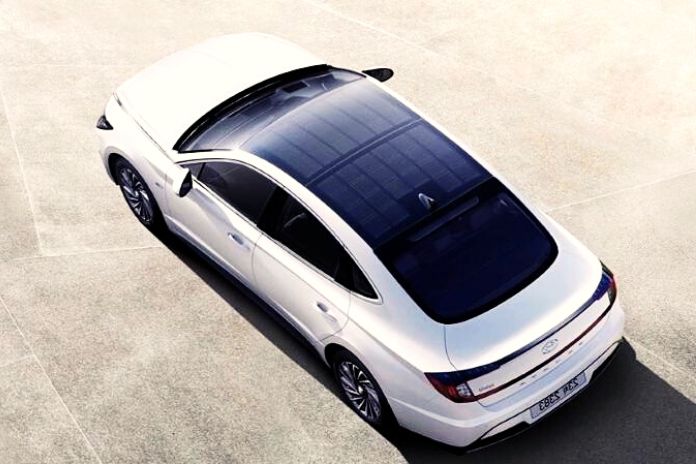 The Sion is a solar car from the Munich start-up Sono Motors and primarily impresses with the following It charges itself while parked. Everyone is talking about the mobility turnaround. Due to climate change, we must rethink our habits and switch to more sustainable modes of transport. But what to do if no subway connection is available or you don’t want to do without a car?

This is when the discussion about electric vehicles often arises. Although e-cars are now considered an alternative, we forget one crucial aspect, especially for homeowners. Because only 46 percent of all citizens own their homes, a private charging station is not an option for many. The public infrastructure also leaves a lot to be desired.

Sono Motors has recognized this problem and is delivering a sustainable and exciting electric car with the Sion. Although the vehicle is also dependent on a charging station, there is one particular feature. Because the Sion is also a solar car. In addition to the classic charging process, the vehicle charges itself while parked.

This is made possible by 456 solar cells distributed over the body. In addition to the roof, they are also located on the hood and the side of the vehicle. Initial studies appear promising because the Sion has to be plugged in four times less often than other electric cars.

Sono Motors: The Sion Is Affordable

The project started several years ago, back then – quite classically – in a garage. It was quickly recognized that charging via a charging station cannot be the only solution. A used car from eBay then served as the prototype. Now the concept is ready for the first tests.

If everything goes according to plan, the Sion will appear in the first half of 2023 at just $25,000. In addition to the classic area of ​​application as a vehicle, the Sion can also supply other devices with energy via bidirectional charging and thus serves as a battery at the same time. In short: it is a possible solution for small budgets, tenants, homeowners, and country dwellers.