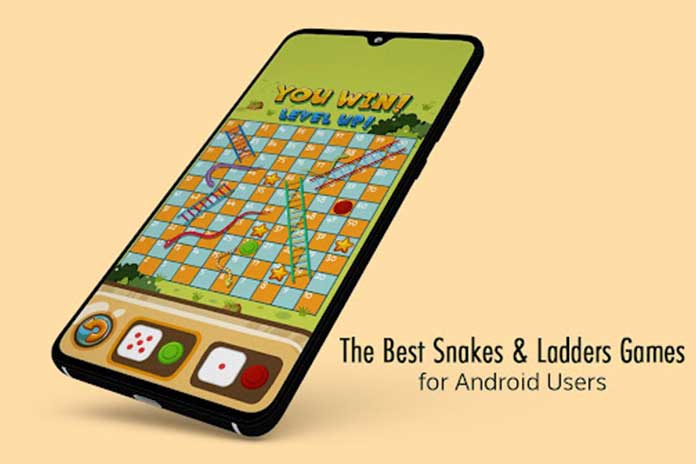 The popularity of board games had been rising steadily for many years, but it soared exponentially in the past few years, especially during the COVID-19 pandemic, since it forced individuals to find creative ways to spend their idle time at home. As per an article on Medium, The Guardian called the last decade “A Golden Age for Board Games.” One of the most popular board games that are extensively played by millions of people all around the globe is snakes & ladder. People of all ages love to indulge in snakes and ladders games, primarily because it is easily accessible and has simple rules.

Thanks to the popularity of the board game, there are tons of top-tier snakes and ladder games for all major mobile operating systems, especially Android. Most of these games feature top-tier graphics and exciting gameplay features that facilitate fans of the game to have a seamless and realistic experience. This article will shed light on some of the best online snakes and ladders games readily available for Android OS. Let us dive right into it:

There are numerous applications that house multiple games under a single banner. MPL is one such application that is loved by millions of board game enthusiasts. The versatile app is home to numerous online board games, out of which its snakes and ladders game is top-rated. The game presents the classic board game to players in a modern manner. Most rules of the online iteration are similar to the offline version of the game. However, the online version of the game on the MPL app features numerous tweaks which further enhance the excitement quotient. The game’s multiplayer mode is a rage among the fans, primarily because it facilitates them to indulge in snakes and ladders matches with their friends and family members. The MPL snakes and ladders download procedure is immensely simple for Android users. All they need to do is navigate to the MPL platform and download the app by following a few simple steps. Once the installation process is complete, all they need to do to get started is register on the MPL platform, find and open the snakes and ladders game, and start playing matches. The MPL Snakes and Ladders game is one of the most popular Android-compatible iterations of the classic board game that is played by millions of people.

There are numerous individuals with Android smartphones who prefer indulging in games that are less focused on the graphics and more on the gameplay. Snakes and Ladders Sap Sidi offers Android users precisely that. The online iteration of the classic board game features minimalistic graphics but offers a top-tier interface bundled with lifelike gameplay. The ancient Indian game of snakes and ladders is presented to users in a modernized manner in this top-tier game by IDZ Digital Pvt Ltd. Some of the most prominent in-game features that offer players a genuinely enticing experience include the option to change themes, use surprising power-ups to reach the top, etc. Besides this, individuals can indulge in snakes and ladders matches with their friends or family members since the multiplayer mode allows 2 to 4 individuals to play a match. It is a solid Android-compatible snakes and ladders game that is readily available on the Google Play Store for free.

Snakes and Ladders by Hadiware

Another popular online snakes and ladders game is Snakes and Ladders developed by Hadiware. It resembles and features numerous aspects of the classic Indian board game, out of which the lifelike virtual board on which players play the game is the most prominent one. The game also allows users to customize the board and make changes per their preferences using the in-built map directory. The map directory features numerous customization options using which individuals can make customizations. For instance, users can change the board’s appearance to have a more immersive experience. Another prominent feature of the Snakes and Ladders game by Hadiware is that one to four people can indulge in online matches without hassle. Besides this, players can play against the CPU and enjoy matches all by themselves. The game is available for free on the Google Play Store, and thus interested individuals can install the game and get started with virtual snakes and ladders matches within minutes.

Most snakes and ladder enthusiasts love indulging in virtual matches with their friends or family members, which is why Snakes and Ladders Multiplayer is one of the best online iterations of the classic board game every Android user should consider playing. It is a free-to-play game with top-tier graphics and an equally-elegant user interface. As the name suggests, it is a multiplayer game that facilitates two or more individuals to compete in virtual snakes and ladders matches. Besides the exciting multiplayer mode, the game also features a single-player option, using which individuals can indulge in virtual matches against an AI-based opponent. Another prominent feature of the game is that it offers hints to players who are new to the game so that they do not feel stuck or incompetent. Overall, it is a solid online snake and ladder game that everyone should try.

Any snakes and ladder enthusiast who wishes to play virtual snakes and ladders matches with their friends or family can download any of the aforementioned Android-compatible games on their smartphone.

Also Read: What Is Gamification, And What Are Its Benefits?