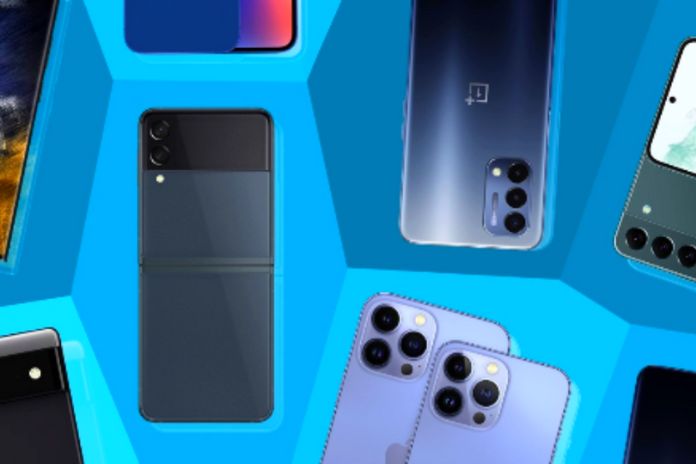 Year after year, the minimum settings for a cell phone to work well are getting higher and higher, and cell phones with 6GB of RAM are emerging as the safest options today so as not to have problems with the main functions, usability and, in addition to increasing the useful life of the device.

And with the holidays just around the corner, check out our list of 6GB RAM phones that also make an excellent gift for someone in need of a new smartphone – be it a loved one or yourself.

The focus of this list was to gather and suggest cell phones with 6 GB of RAM and different brands and focuses. Some stand out for their set of cameras, others for hardware, and even more balanced options with more affordable prices. It is important to emphasize that this is not a ranking; we are not comparing devices but showing good smartphone alternatives for the new year coming soon.

Check Out The Phones With 6GB Of RAM

We open the list with a well-balanced, cost-effective option for the general public. Xiaomi’s Redmi Note 11 Pro 5G has some of the main positive points of the brand’s smartphones, such as the battery, with its 5000 mAh and fast charging of 67 W; good cameras for an intermediate cell phone, a 108 MP main, an 8 MP ultrawide, a 2 MP macro and a 16 MP front camera; having as icing on the cake, a beautiful and modern design.

For those who want a cell phone with 6GB of RAM at an affordable price, at an intermediate level, that has suitable hardware and good usability in general, the Redmi Note 11 Pro 5G is a great option.

A cell phone released in 2021 won’t give you a headache in 2023? Look, not the Galaxy M52! It also has a 5000 mAh battery, but with a 6.7-inch Full HD+ Super AMOLED screen. It is also a mid-range device, with one of the most powerful mid-range chipsets of the time, making it “turn around” very well to date compared to cell phones of the same level currently released – mainly due to its set of cameras.

The M52 proves to be a good choice among cell phones with 6GB of RAM for more basic users.

As the main model in the line, the iPhone 14 Pro was launched in September, proposing a clear evolution from previous models and setting a new standard for top-of-the-line cell phones. This version’s main strength is its processor, the A16 Bionic, which combines good performance with energy savings. And as it could not be otherwise, its set of cameras has optimized HDR, achieving impressive clarity. It has larger sensors with support for Pixel Binning, allowing good photos in places with low lighting. In addition, the cinematic mode allows you to record 4K videos.

Having a clear focus on performance, especially for games, the Poco M4 Pro is a powerful mid-level smartphone. Equipped with MediaTek’s Dimensity 810, with a dual-core processor at 2.4 GHz each, it is capable of fluidly moving between heavy applications. Its 5000 mAh battery holds well over a full day of use. Even though it is not its primary focus, its set of cameras proves to be quite decent, but there are better options if your primary use on a smartphone is taking pictures or recording videos.

We close the list the same way we started, with a mid-level cell phone with 6GB of RAM, a balanced configuration and a modern design. The Realme 8 Pro, despite not having innovated so much compared to other models in the line, has maintained its main features, such as high-quality hardware for both common apps and games, the Super AMOLED screen with 180 Hz refresh rate, and a battery of suitable capacity and autonomy.

The main evolution compared to its predecessor is in the cameras, with the primary lens going from 64 MP to 108, which brings greater clarity and more excellent quality to the photos as a whole, in addition to being able to record 4K videos.